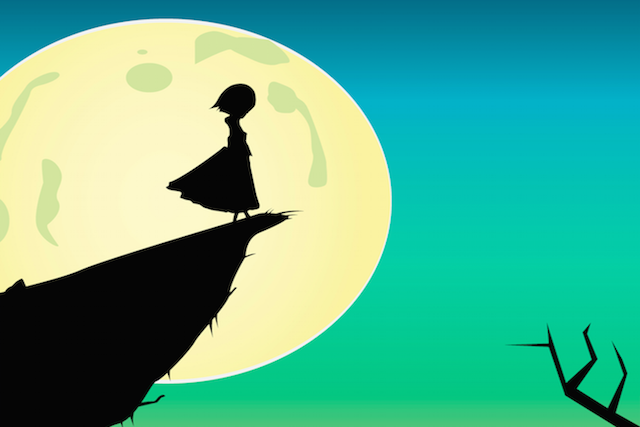 “When I see the blindness and the wretchedness of man, when I regard the whole silent universe and man without light, left to himself and, as it were, lost in this corner of the universe, without knowing who has put him there, what he has come to do, what will become of him at death, and incapable of all knowledge, I become terrified, like a man who should be carried in his sleep to a dreadful desert island and should awake without knowing where he is and without means of escape. And thereupon I wonder how people in a condition so wretched do not fall into despair. I see other persons around me of a like nature. I ask them if they are better informed than I am. They tell me that they are not. And thereupon these wretched and lost beings, having looked around them and seen some pleasing objects, have given and attached themselves to them. For my own part, I have not been able to attach myself to them, and, considering how strongly it appears that there is something else than what I see, I have examined whether this god has not left some sign of himself.” ~Pensees, Blaise Pascal

There is something most people don’t know about me. It’s what drives me; what ruins my sleep; what pushes me forward and simultaneously holds me down.

It’s my fear of death. I don’t fear death in the sense of not wanting to grow old or get sick. I fear not existing. I fear oblivion. I fear that all of this means nothing.

I first realized I would die at the age of thirteen. My beloved grandfather had become ill with lung cancer, and within a few months he was gone. On his passing, it wasn’t so much his illness that plagued me as his sudden absence from the world.

My child’s mind could not fathom how a person could cease to exist. Where did he go? Where were all his thoughts, his memories? How could an entire being just disappear?

I realized that what came for him, waited for me also. I remember the night I figured it out; lying on my aunt’s pull-out couch. The light from a street lamp stained the white cupboard doors, and I stared at them for hours. I swallowed my breath against the crushing knowledge. My little heart rattling against the imperfection of its creation.

This realization has shaped my life.

After grandpa’s death, I made lists of ways to overcome it. I devised methods to fight back against the nothing my grandfather had fallen into. It was simultaneously a way to rescue him, and to save myself.

My grandfather was a man of faith, and so at first I tried religion, aching with all my heart to believe in a god that created and loved me. But my desire to believe could not overcome my doubt. At eighteen, I was forced to give up god. This was another devastating blow. Without religion, I was deprived of answers. Where once I had an eternal home, now I had only the fragility of this moment.

This loss only widened the hole I was trying to fill. I tried achievement; reading hundreds of books, acing my studies, and learning extensively on various topics. Then I tried experiences; I went bungee jumping and traveled the world. Finally, I tried money; I started into a high paying profession, and surrounded myself with the best in food, wine, and clothing.

But, like in Ecclesiastes, none of these cured the ache. Still, I would wake up in the night, completely and utterly aware that I will cease to be. And worse, that I am helpless to stop it.

As human beings we are unique in this excruciating knowledge. We must struggle to live within the parameters of this physical existence; all the while raging against the tragedy of our condition. Eternity, heaven, souls; all these conceptions exist to our minds. But part of us must face the terrible inkling that these are merely beautiful ideas.

In this place, despair is easy. It is natural to feel crushed against our helplessness. It is irreconcilable to exist in this way, entirely without answers. And to endure the suspicion that this entire universe is merely rolling chance. There is no god to cry out to, but only the echo of our own minds. And when we ask ourselves these questions, they beat against our brains like desperate birds.

This question consumes me. How do we live, if this is our condition? How do we use each minute when it means everything to us, and absolutely nothing in reality?

And despite the desperation of this question, and the universality of death, I have been advised that my fear is unique. Where I have frequently and viscerally experienced the ledge of oblivion; none of my peers will admit to have considered the question. I’ve learned to stop talking about it. I’ve learned to stop asking people if they are afraid of not existing and what remedies they have tried.

But the more I look out across the world, the more I believe that people are afraid. As our culture becomes more and more secular, each of us must eventually face this question. What are we without a god or an afterlife? How can we matter if there is no greater purpose?

And the ache of this question is in every selfie, every desperate need for a like or a follower. It is the consumption of luxury goods. It backs every cruel and compulsive move toward power. It traces the edges of every glass at the bar. Each of us attempting some angle to escape and avoid the knowledge of our condition.

I understand. It’s easier not to go to the edge and look over.

But I think you should. Not every day. But enough to remember that you have crawled out of oblivion to be a human being. That you have a heart, and a mind, and the power of volition.

There is no neat answer to managing the fear of death. I can’t prescribe twenty pushups and a five-minute meditation. The reality is that this condition is inescapable, irreparable.

The only advice I can offer is not to live mindlessly. Do not let that you exist fail to enter your consciousness. Do not drown the inexorable in the mundane. Let everything that is you fill the corners of concert halls and lines the pages of novels. Allow your failings and losses to become legislative changes. Craft your despair into charities to catch others from falling. Use your problems to create solutions for others.

Channel that unique and soon lost being into something outside of yourself, so that the world may keep a piece of your light.

A.M. Wegner writes on the topics of philosophy and self-development. Visit her at alisonwegner.ca.