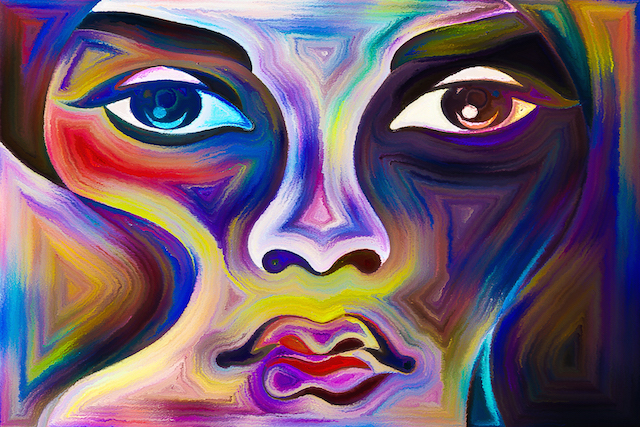 I used to suffer from survivor’s remorse.

What does this mean exactly? Well, I was ashamed of the things I did to survive.

As I reflected back on my life, I’d get filled with sadness, shame, and regret.

Sadness because I did things that were against my moral values when I knew right from wrong.

Shame because I did things that I never thought I would have to do, in order to survive.

Regret because I was involved in drugs, sex, and violence.

I had kids to feed, and they depended on me. As a single parent, I was willing to do whatever I had to do for them. I would sell tools and electronics for gas money. I would sell plates of food to buy diapers. I even chose to sell my body. I did whatever I needed to do to get by.

I hurt family and friends along the way and lost their trust with my broken promises. Promises that I would pay back money that I borrowed, knowing I wouldn’t be able to. I used people for my own personal gain. My pain caused other people pain.

I was risking my whole life, and I didn’t even realize it. I could have gone to jail and lost my kids, all because I was trying to provide for them.

How Did I Get Into a Life of Drugs, Sex, and Violence?

Well, I had a rough childhood; I dealt with physical, verbal, and sexual abuse as a child, and witnessed abusive relationships amongst relatives and family friends . I processed this into rejection, fear, and anger.

I struggled to feel love because I equated it with hurt. My family members said they loved me and then did things that caused me pain. I thought this must be love; this is normal behavior.

The hurt turned into anger, and then I started to resent people. This caused extreme paranoia.

Still, despite my relationship fears, through a twisted turn of events, I had a baby at fifteen years old. I told myself I would do anything to make sure my son didn’t have the same life I’d had.

Then at eighteen years old I was a homeless high school senior.

I found myself on public assistance. I was in situations that evoked the exact feelings I’d experienced as a child, when I saw my mother depend on welfare and food stamps to get by. I felt impoverished, worthless, and dependent on a system to survive.

I found myself wrapped up in an abusive relationship, with three kids now, around drugs, around violence, and I saw no way out. This was my life. I wanted to leave, and I tried to many times, but he held me at gunpoint, locked me in a closet, and even choked me at times.

Domestic violence is a learned behavior. I witnessed it growing up and he witnessed it as well. This abuse was familiar. I didn’t know if I was prepared for the fight. I needed to be loved, so I accepted any love I could get even when it hurt.

I eventually chose to break the cycle and free myself from the lifestyle I was caught in, but it left me at ground zero. I had to fight for myself, for my kids, for our future. I had to get out of this abusive relationship before he killed me, or I killed him. I’d had enough!

But leaving was just the beginning of change, and not the end of my stress. My fight-or-flight response was constantly activated. I was always thinking, “I got to do something. My kids need shelter, food, and clothing.”

I needed food stamps, I needed public assistance, I needed section 8 housing. I needed everything I could get to survive.

I was doing things that I knew were wrong—lying and stealing what didn’t belong to me—but I felt like I had no choice. I couldn’t call anyone to come save me. I had already borrowed money from people. I couldn’t depend on help from my kids’ father. No one was coming to protect me. I had to save myself.

I felt helpless. At this point I had a high school diploma, little job experience, and no stability. I was in complete survival mode.

I did not possess the language to tell someone that I was hurting, that I was struggling and needed help. My fear (ego) told me that no one would listen, and no one would care.

I feel so ashamed for lying to my mother, for stealing, for degrading my body. I know this is not who I am, but looking back I can see these were my survival tactics.

I only wanted to survive, and guess what? I did.

But eventually I wanted more than that. I wanted freedom. The freedom to let go of the past. These secrets that I was ashamed to say out loud.

This was over fourteen years ago. I was still holding on to guilt.

I never wanted to talk about my past because it was painful. I wanted it to disappear.

I didn’t want to admit that I was broke with $2.29 in my bank account, with three kids.

I didn’t want to admit that I was on food stamps because I couldn’t afford food.

I didn’t want to admit that I’d taken other people’s property for my personal gain.

I didn’t want to admit I’d used my body for financial gain.

I didn’t want to admit that I was in pain from different traumas, and I was self-medicating with drugs.

Still, I had to stop and realize that I’d made it and could now focus on thriving—but I could only do that if I forgave myself. That required self-compassion. But I also realized I couldn’t blame anyone else; I had to take complete and total responsibility.

Note to self: “Beating yourself up for your flaws and mistakes won’t make you perfect, and you don’t have to be. Learn, forgive yourself, and remember: We all struggle; it’s just part of being human.” ~Lori Deschene

My Forgiveness and Pride

I had to forgive myself for not understanding my power and for inheriting patterns from the trauma I’d experienced.

I also had to give myself credit for breaking the cycle.

I remember once, I was having a conversation with my three daughters, and I was telling them about a time when they were little, and I couldn’t afford to do certain things. One of my daughters said, “Aww, Mom. You used to be poor?”

In that very moment, I realized that I had survived. And I had created a better future for myself and my kids. Not only did I make it, I provided a lifestyle for my kids without drugs, sex, or violence.

I apologize if I was toxic energy in anyone’s life, including my own. My forgiveness doesn’t mean that the guilt never existed; it just means I’m letting go of the shame and pain that once controlled my life.

I used to feel a sense of strength because I’d endured a high amount of abuse, but deep down I was so fragile.

At this very moment in my life, I now choose to measure my strength by how quickly I release things that threaten my peace of mind.

I made mistakes. I was doing to best I could. I realized I was afraid of speaking my truth, but it’s my truth that’s setting me free.

Whatever you did in the past to survive, I’m sure you did the best you could too. You were hurting and you used the tools you had based on what you’d witnessed and learned.

But the past is behind you now. You don’t have to beat yourself up over who you’ve been. Accept your past. Learn from it. Forgive yourself for being who you thought you needed to be. And face your shame so you can let it go. You’ve been through enough. Why torture yourself even more?

Whatever you’ve been through, and whatever you’re going through now, may your truth set you free and may you heal from your pain.

Bridget is a trained life coach and the co-founder of the podcast Silver-Reflections. A podcast that gives access to her life experiences and the strategies she has used that have led to her own level of healing, peace, and understating. Visit silver-reflections.com to subscribe to her blog and listen to her podcast. Follow her on Instagram and Facebook.

The post What I Did to Survive: Not Proud but I Forgive Myself appeared first on Tiny Buddha.