Alan Humphris‘ journey into the world of abstract street photography began with a trip to Tibet in 2000. It was then he discovered he had “an eye for it,” as they say, and from that moment on he’s dedicated his time to exploring, developing, and honing the ways he captures moments and memories.

This exploration has treated him well as he’s slowly but surely discovered a style of abstract street photography that immediately caught OUR eye when we first saw it.

His abstract images do not capture what the scene looked like… instead they seem to capture what it FELT like. He shoots the constant motion of the street and the ghostly, dream-like impressions everyday life leaves for us when we’re not paying attention to what is going on. 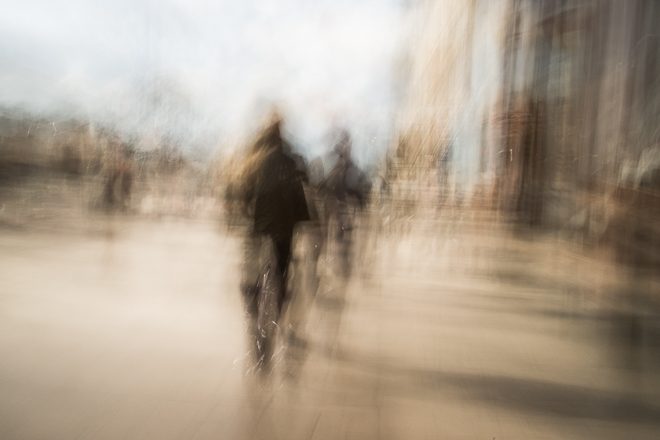 We love this approach, because it dives into what a photograph is often supposed to do. It’s not always about capturing a precise moment so much as the story there… the feeling of standing where the photographer stood.

Alan’s abstract street photography does that for us in the same way that Tim Chadwick‘s beautiful abstract photos of waves breaking made us feel more like we were standing in the ocean than so many other, more typical shore break photographs.

As with any photo style that really catches our eye, we sat down with Alan to dig deeper and find out more about it. Scroll down to find out how he came to take this type of photography and what he’s trying to communicate through it. 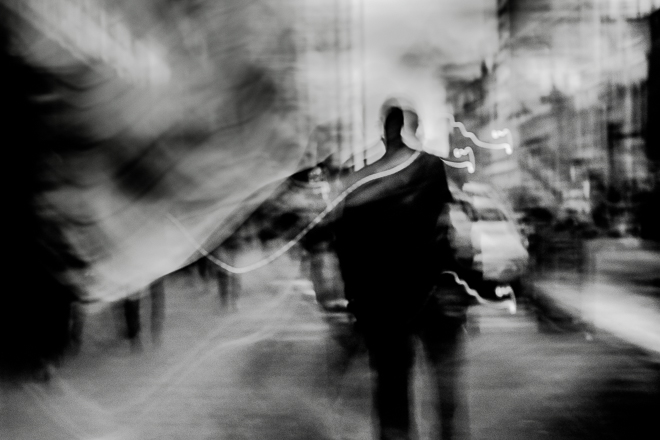 500px: Hey Alan! Can you explain how you capture these images, and how you came to shoot this kind of photography?

ALAN HUMPHRIS: I take long-exposure street photographs, usually using a ND filter. During the 2 or 4 seconds I move the camera around ‘just enough’ to create the effect I’m after. For some, I pick a main subject and stay trained on them so they are relatively less blurred, and it can become quite a dance. It’s a technique I self-discovered in 2008, but has been around for a while.

Self-discovered sounds rather grand actually… more like stumbled upon. I was in Glasgow taking long-exposures the usual way on a tripod. Then, when moving between locations, I decided to just keep shooting.

Later when I reviewed the images, I discovered I preferred these… I liked the movement and abstraction. Ever since then, I’ve taken many more, most often in Glasgow and Edinburgh. I enjoy the creative freedom and unexpectedness of it all. 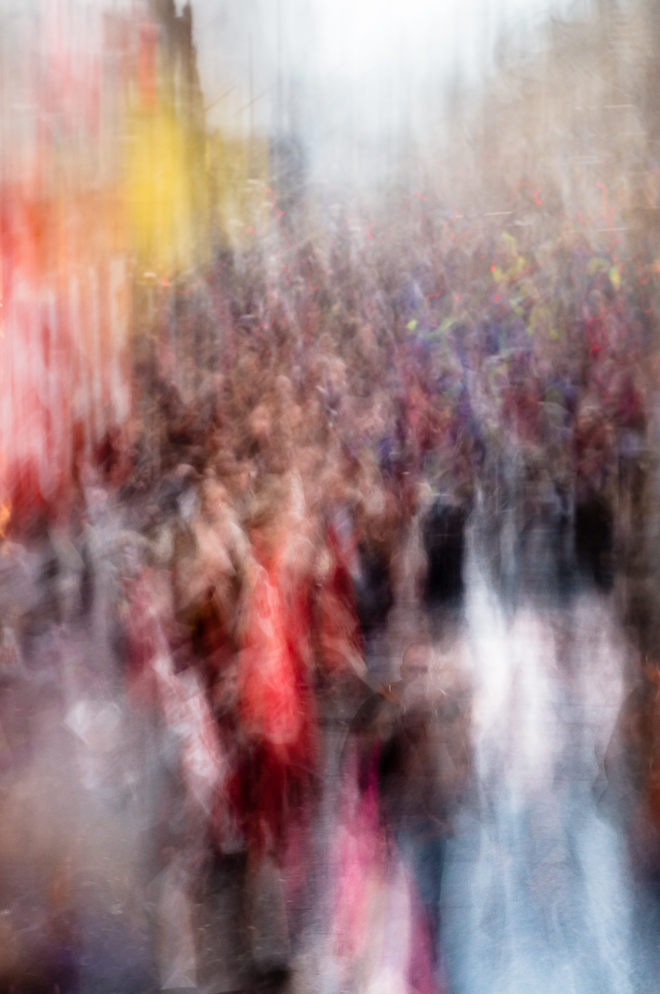 What was the idea behind these photos? What are you trying to do by abstracting your images in this way?

ALAN: The ideas behind them? There are a few that jostle for attention when shooting…

One is to abstract away the detail so that the images are non-specific… so the scenario is more likely to tug a memory or strike a chord with the viewer. It captures colours, forms, coincidences that wouldn’t otherwise be viewable. I like the idea of having a single image that represents several seconds in time rather than just an instance.

I also carry around a few hypothetical “What ifs”, which I don’t believe to be true, but give a kind of backstory to the work. Sound echoes, but what if light did too? Light moves too fast for us to see any echo but if light were slower or we could perceive the echo what would it look like?

Another is what if when the light reflected by ourselves crosses the path of someone else… then we are forever connected in a tiny way. Kind of like entangled pairs in quantum mechanics. Hence the tag line I use: “Connected by Light”. 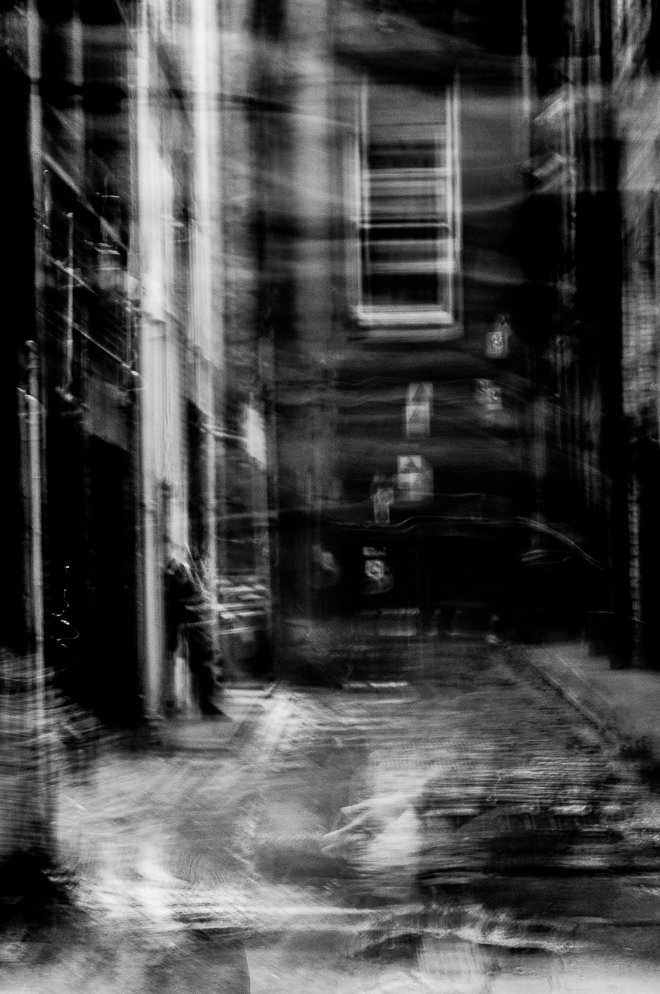 What’s the inspiration behind these images?

ALAN: Music plays a big part. I often listen to music while I shoot because I find it removes me from the place and gets me into my own zone.

The actual music definitely affects the images. I can direct the style of the day by the selecting what I listen to. Also, at the end of the day, when I’m reviewing an image, it might trigger a song in my head.

One way or another most of my strongest images have a song attached. Streetspirits, the title I give my blurred street images, comes from Radiohead’s song Street Spirit which conveys the feel I want to capture well. 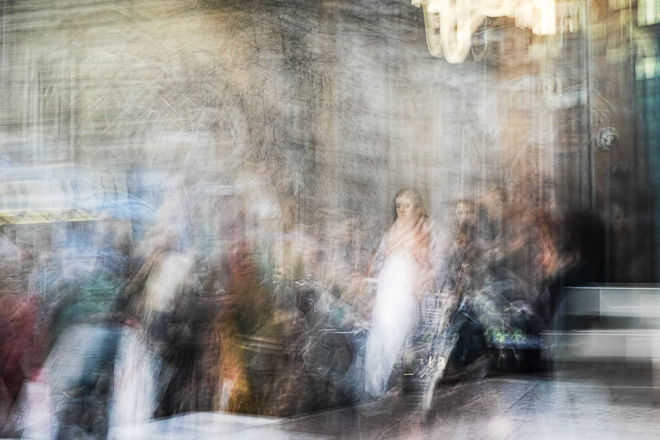 Another example would be the recent upload “And she moved through the fair” (above). When I saw the image this track—here sung by Anne Briggs—sprang straight to mind.

Finally, what about you? Before we sign off and share some of our favorite images from your collection, tell us a little bit about yourself as a photographer.

ALAN: As to me, I’m the enthusiast who can’t stop taking pictures, searching for the way to visually communicate my response to the world. There are millions of stunning images in the world, many of which I admire, but I don’t want to re-take them… they’ve been done.

So I’m looking for a way to communicate that is personal and gives a different take on the world we have in common. We all have a unique voice. 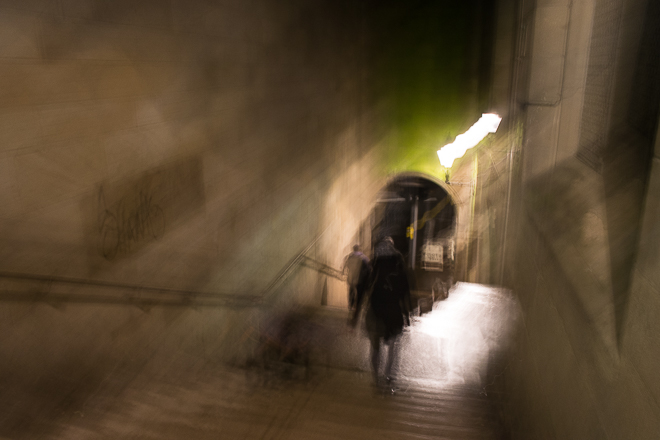 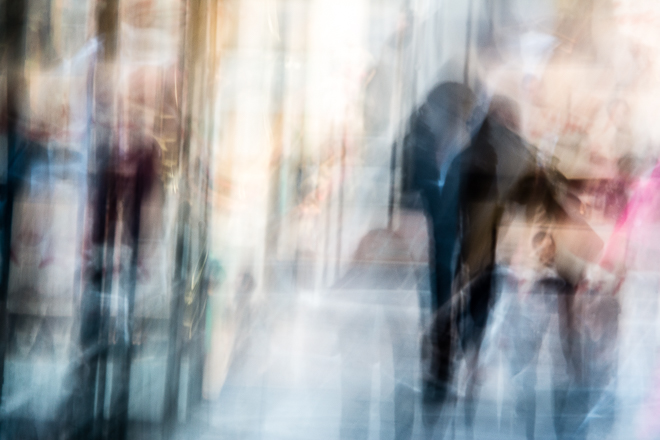 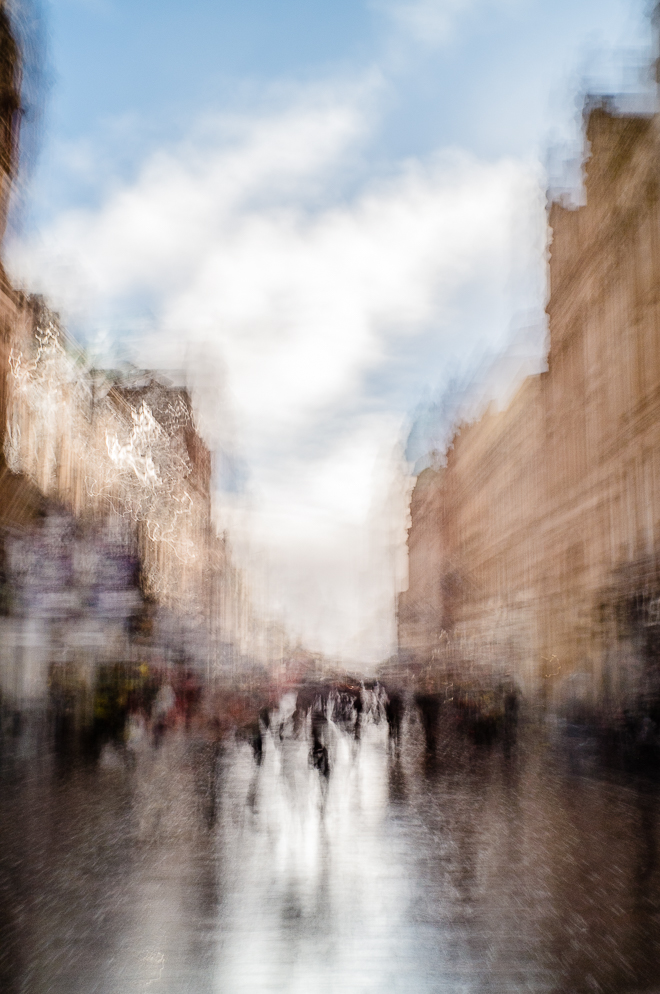 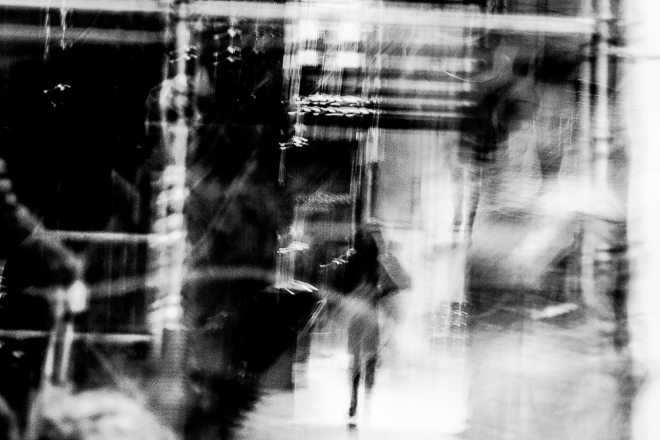 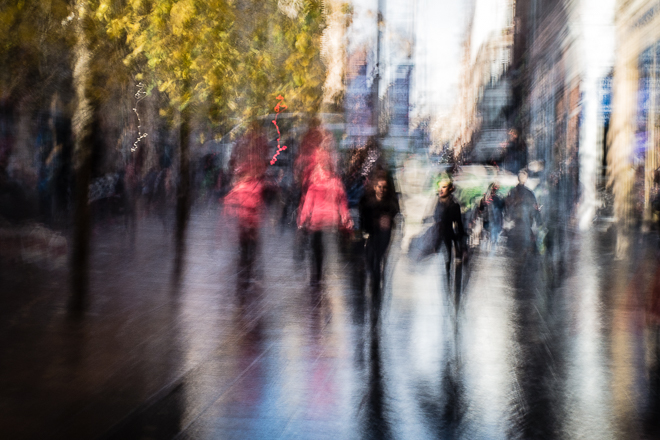 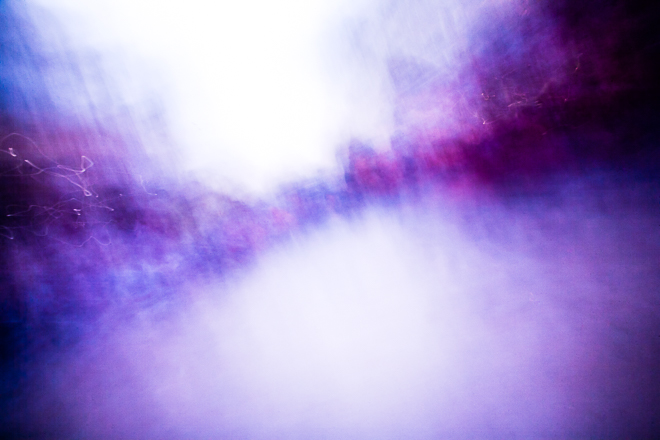 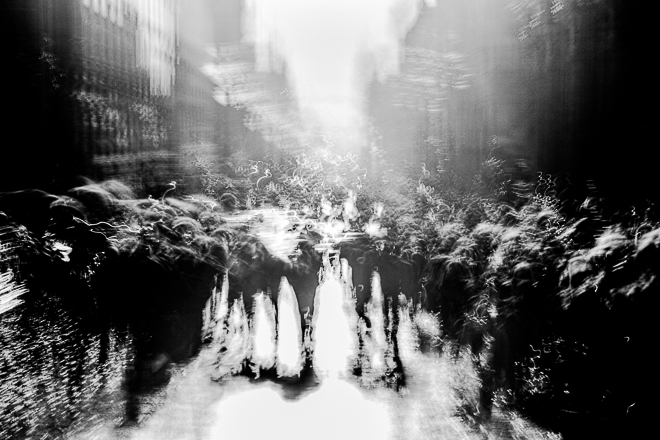 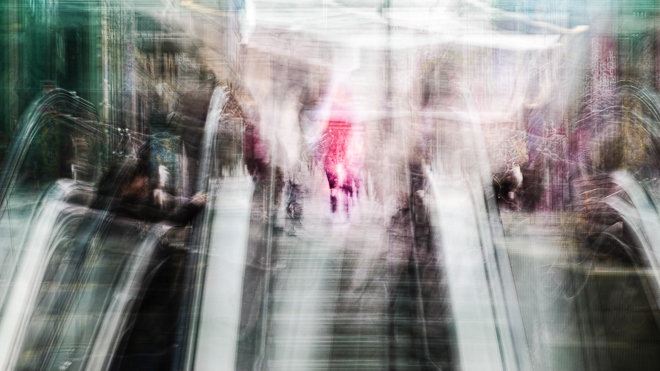 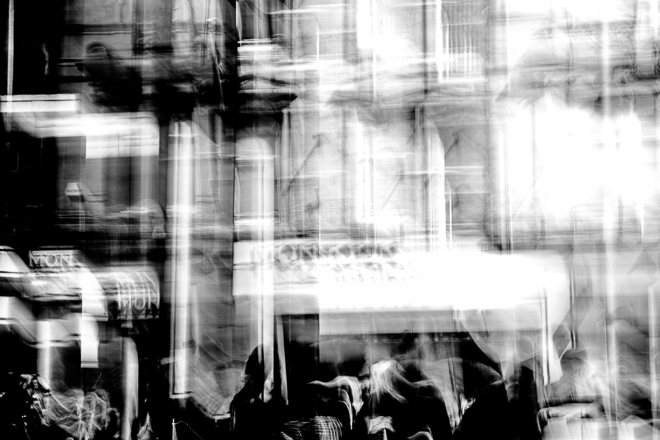 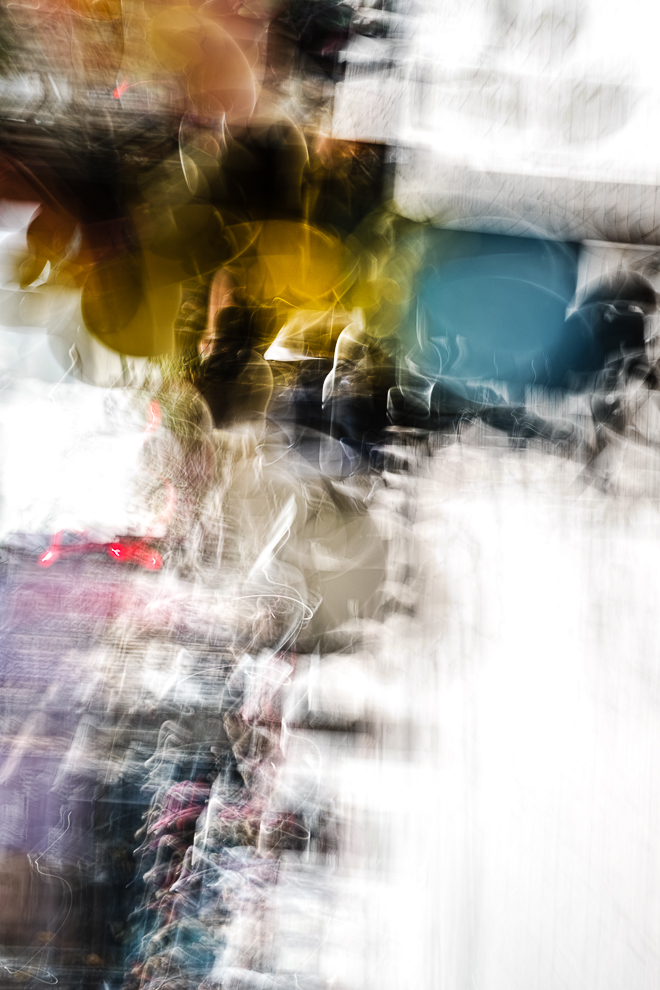 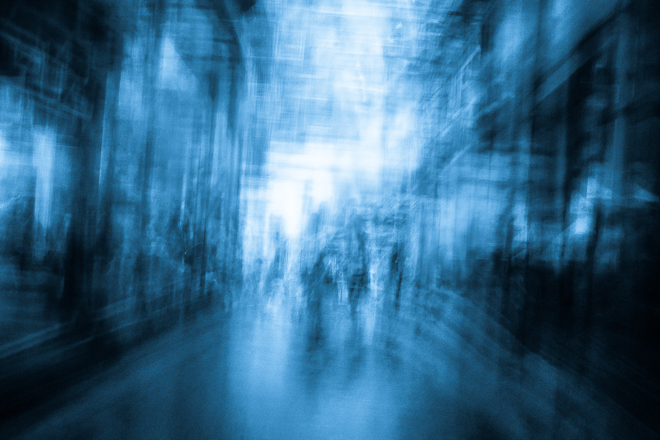 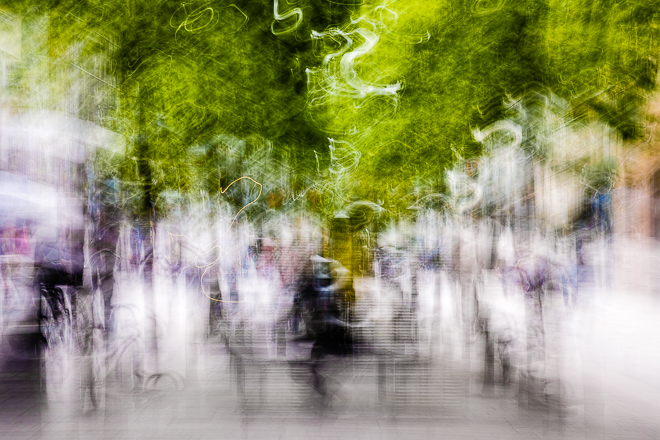 To see more of Alan’s work, give him a follow on 500px or pay his website a visit. And if you have any questions about how he captures these photos or just want to find out more about him, don’t hesitate to ask!