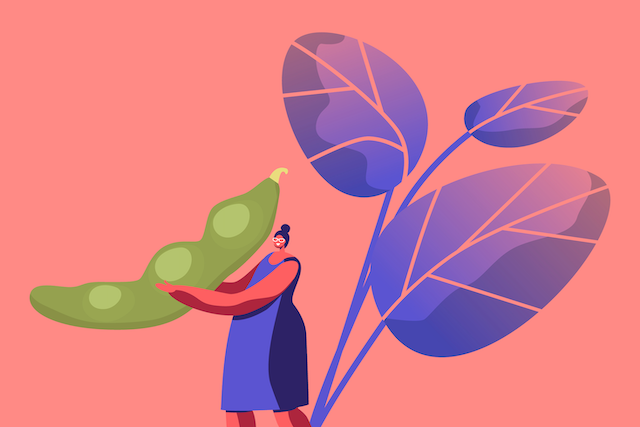 Every year, come December, I used to obsess about air pollution. This was the time when my husband and I would take our young daughter to Poland, the country of my birth, to spend Christmas with the extended family. There my anxieties would hit the roof.

Once the heating season kicks off, and the coal starts to burn in home furnaces, Polish air becomes unbreathable. The particle pollution may exceed norms by as much as 3000 percent. Some days you can actually feel the air burning the back of your throat, tasting of sulphur. And so I would keep the windows closed and forbid my daughter to venture outside.

I purchased smog masks with the best of filters. I even considered skipping the Polish Christmas altogether and settling for some quite time with just the three of us in our tiny French village, enjoying the pristine air. That would be the responsible thing to do, right? After all, as a mother, my topmost priority is keeping my daughter—and us, her parents—in the best of health.

In the meantime, however, I was writing stories on health and psychology, digging through hundreds of research papers a year and talking with dozens of scientists. And I finally came to realize what a mistake skipping Christmas in Poland would have been.

The pollution, no matter how ghastly, was nowhere as important in terms of our family’s physical health as was spending time with relatives and friends, the more the better.

There was one scientific paper which I found particularly striking: a large meta-analysis in which researchers looked at 148 studies with over 300,000 participants. The scientists noticed that people with stronger social relationships had a 50 percent higher chance of living to the end of that particular study—on average 7.5 years—than those who didn’t possess such healthy social capital.

Some of the relationships were particularly life-prolonging. High quality marriage and friendships, plus being able to rely on neighbors, meant an astounding 60 percent lower mortality risk. To put it into perspective, lacking such relationships would have a far larger impact on longevity than smoking fifteen cigarettes a day (50 percent higher mortality), far larger than excessive drinking (30 percent) or leading the life of a couch potato (about 20 percent). Air pollution had a meagre 5 percent mortality risk.

I was obviously worrying about wrong things. Denying my daughter, and myself, the joy of being surrounded by grandparents, aunts, uncles, and dozens of cousins, was far, far worse in terms of our health than whatever amounts of sulfur oxides linger in the Polish air.

I got other things wrong, too. When my daughter was a toddler, I went through a vegetable obsession phase. We lived in Philadelphia at the time, walking distance from a well-stocked Whole Foods. That store was my heaven and hell all in one.

Back then I believed that to stay healthy and live long my little family needed access to the best organic foods, the more varied the better (hence Whole Foods as heaven). I believed I needed kale and okra and enoki mushrooms. I needed organic raw honey and heirloom quinoa.

Yet it was hell, too, because each shopping trip meant not only gazillion dollars spent, but also agonizing over which type of black rice was the best, or whether to buy baby arugula or broccoli raab. Wasting time that, as a working mother, I really did not have.

But over the years I’ve learned that although proper diet is indeed important for health, it’s not the holy grail I’ve made it to be. Certainly no one needs heirloom quinoa to stay healthy. As long as you don’t overdo candy and fast food and get your five servings of fruits and vegetables per day (apples and carrots are perfectly fine), you will be okay.

For me, the time I was squandering choosing organic greens would have been better spent volunteering, being mindful and kind to those around me.

Consider the numbers: studies show that eating six servings of any fruit and veg per day can cut the danger of dying early by 26 percent. For volunteering, it may be even 44 per cent. Simple kindness can tune our leukocyte genes less toward inflammation—which is a good thing, since chronic inflammation has been linked to such conditions as cancer, heart disease, and diabetes. Meanwhile, most so-called super foods have been vastly over hyped.

All this made me wonder about the so-called French paradox—something I see all around me—my neighbors and friends eating plenty of fatty cheeses and sugary viennoiseries, and yet staying slim and healthy (the French are actually among the longest-lived nations on the planet).

We often meet in our neighbors’ gardens for aperitif — a simple table will be set out on the grass, covered with snacks—greasy sausages (nitrates! Saturated fats!), baguette (simple carbs!), cakes, and plenty of wine. We would sit down for hours, eating, drinking, talking—and consider it dinner.

Children would disappear into the wilderness of the garden, unsupervised, looking for bird nests and chasing bugs, from time to time reappearing to grab a bite of baguette or cheese. Healthy? Not by Whole Foods standards, no. But maybe it’s not that much about what the French eat, but how they eat—slowly, surrounded by others?

My seven-year old French daughter absolutely refuses to eat by herself, and won’t touch her dinner or lunch unless someone sits down with her at the table—we’ve just had a scene about this a few days ago.

That connection, that togetherness, may be what keeps the French arteries healthy. After all, science shows that our social hormones such as oxytocin and serotonin, our vagus nerve, our insula and amygdala in the brain, and even our gut microbes connect our physical health to how mindfully and socially we live our lives.

It took years and hundreds of research papers to convince me, but I’ve learned my lessons. I no longer obsess about the best of organics. I no longer consider skipping holidays in Poland because of pollution. Instead, I pour my newfound time and energy into helping my neighbors, teaching my daughter kindness, meditating, being mindful, meeting my friends more often, and connecting with my husband, remembering to hold hands (to boost oxytocin).

It helps us all stay healthy better than organic quinoa and the most pristine air. And as a side effect, it makes us extra happy, too.

Marta Zaraska is a Polish-Canadian science journalist. She is the author of Growing Young: How Friendship, Optimism and Kindness Can Help You Live to 100, published in June by Penguin Random House, and endorsed by Adam Grant, Joshua Becker, Emeran Mayer, and others. She has written for the Washington Post, Scientific American, New Scientist, The Atlantic, etc.

The post How I Stopped Obsessing About the Wrong Things to Stay Healthy appeared first on Tiny Buddha.