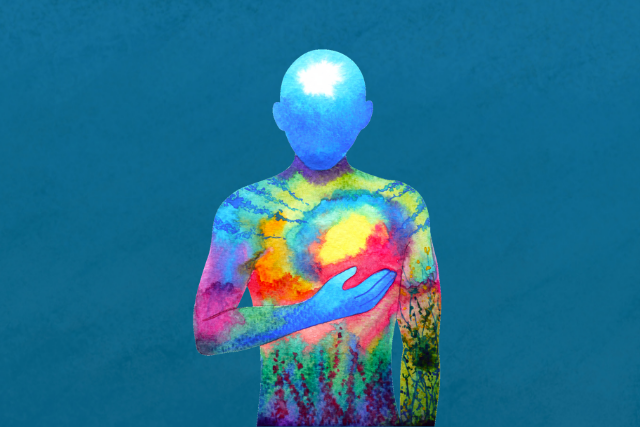 “In case no one told you today:  You’re beautiful. You’re loved. You’re needed. You’re alive for a reason.  You’re stronger than you think. You’re going to get through this.  I’m glad you’re alive. Don’t give up.” ~Unknown

For the two weeks I was away, I was caught up in a flirtation with a boy from one of the other schools. I had to pinch myself when he said yes after I’d struck up the courage to ask if he would meet me at the disco on the last night.

The disco was everything I wanted it to be; we laughed, we danced, and I had my first kiss. If there is such thing as cloud nine, that’s where I woke the next morning. Still in a romantic haze (well, as romantic as a fourteen-year-old can get), I went to wave off the boy I’d begun to think of as my “Prince Charming” for what would be our last goodbye.

But the fairy tale romance didn’t work out the way it had played out in my fourteen-year-old imagination. As I walked up expecting an embrace, he didn’t even want to make eye contact, then he turned his back on me.

I’ll never forget the feeling of rejection. It was like my whole being was blocked off and cast aside.

Still hoping for that dream goodbye, I waited until he got on the bus, thinking maybe I had been mistaken. That’s when it happened: surrounded by his friends, looking through the window, he was pointing at me, pretending to stick his fingers down his throat, implying being sick, and making gestures about my weight.

“Prince Charming” had actually led me on as a bet, as a joke to his friends. I was the joke. I don’t know how, but somewhere inside I had the strength to keep my tears in, probably because I didn’t want to deal with the humiliation of what had just happened in front of everyone (including my friends).

Twenty-one years on, and for as long as I can remember, when I recall the experience I feel the exact pain—the feeling of rejection and not feeling good enough—as I did at that very moment.

That, right there, was the beginning of my low self-esteem, which later manifested into an eating disorder, anxiety, and being in toxic and abusive relationships. I accepted physical, emotional, and sexual abuse because I didn’t want to feel the feeling of rejection again.

It was only recently, when I retold the story to my therapist, that I realized what a life-defining moment it had actually been, and recognized the narrative I had given myself.

As I began recalling the experience, I started “When I was fat, ugly, and spotty I had this experience… No wonder he didn’t like me.” There it was: that one life-defining moment had played out a narrative that all my being wasn’t good enough. As a result, I sought acceptance and approval from others, and accepted their opinions of me as my truth.

As I’ve started to process not only what happened but also the huge impact it’s had on my life, these are the things I have learned and what has helped me to begin to heal:

1. We are good enough, and what really matters is how we feel about ourselves.

At first I found it difficult, but I had to start believing that I was lovable, good enough, and that the only opinion of me that really mattered was my own. As I began practicing telling myself “I love you,” my whole body would tense, and I’d feel wrong for saying it. As I kept practicing, I slowly began to realize that I could love myself. I even had a small ceremony sealing my commitment to myself!

Having struggled with self-love for nearly thirty years, I found it easy to slip into seeking approval from others at times. On the days I felt weak I looked at my commitment ring as a reminder of my love and acceptance for myself. On these days I gave myself the permission to feel whatever emotion I needed to feel.

I’ve learned that we are each are the one person we are guaranteed to wake up with for the rest of our lives, so we need to make ourselves our main priority. Instead of putting others on a pedestal and seeking their approval, we need to instead change our hierarchy of love so that we’re sitting at the top.

We deserve love, but that love needs to begin within us.

2. What would your present self like to say to the hurt person from long ago?

As I sat with the pain of my fourteen-year-old self, I had an overwhelming urge to hold myself tight, providing a force field of safety where no one could hurt me.

As the tears began to flow, I told myself how beautiful I was compared to the boy who had ridiculed me; any person who feels the need to humiliate a person for a joke is not deserving of my love or respect.

As I stayed with the moment I felt every emotion I could feel—sadness, fear, anger, and then, just as the feelings flooded through me, the weight of the emotions I had held for so many years began to dissolve.

Talking to our vulnerable self may seem a bit weird at first, I get it, but it’s worked for me. By going back in our minds and being there for our vulnerable younger self, it’s like having a superhero swoop in to protect us, only even more empowering because we are the superhero, minus the spandex and cape.

No matter what has happened in our pasts, we have the opportunity to give ourselves the wisdom and words of hope we wish we had heard at the time. If it’s difficult to do this, think about what you would say to a best friend if they had a similar experience. We’re often much more compassionate toward our friends, so try to see yourself in that same loving light.

3. Where has the need for validation from others come from?

Having committed to love and accept myself, I knew I owed it to myself to go deeper to work out why I had relied so much on others for approval.

My reflections led me to think of my upbringing, growing up with parents affected by alcoholism. Following violent outbursts I felt I was to blame for what had happened; I felt that I deserved the abuse. In fear of further violent outbursts I began people-pleasing and seeking approval from others in order to feel safe. At my core I felt unlovable.

I then realized that when the fourteen-year-old boy had ridiculed me it had only reinforced how I had felt inside, and made me further believe that I was unlovable. I was then able to look at how I had acted and behaved from then onward, reinforcing those core beliefs.

I realized I had accepted poor behavior and abuse from others because I felt I “deserved it.” I also engaged in self-sabotaging behaviors in the form of an eating disorder and drinking to excess.

Delving deep inside may not be an easy task, and it may be something that we put off, or don’t do at all. We may be connecting to a part of ourselves that we may have kept hidden for years, even decades, for fear of being rejected. But, when we have the ability to do this important work, we are finally giving that vulnerable part of ourselves a voice and an opportunity to say what it needs to heal and finally get its needs met.

For close to three decades I had hidden that vulnerable part of myself and turned to my eating disorder for comfort, believing that others would reject me for being fat and ugly if I let it go. I now know I need to connect to the part of myself that has been abandoned for so long. I need to nourish it, and give it the love it has deserved all this time.

While hard at first, when I’ve eaten, I’ve reminded myself how the food will nourish me. When I’ve exercised, I’ve remembered how the exercise is nourishing my body. When I’ve sat in meditation, I’ve reflected on how good it has felt to nourish my soul.

These small acts of kindness have already had a positive impact. I haven’t found the need to emotionally eat or purge. I have more motivation, as I’m doing things from a compassionate place of self-love. I am also finally able to look in the mirror and utter the words “I am enough” and “I love myself” (and mean it).

With each day we begin to meet our own physical, emotional, and spiritual needs the layers of self-loathing will be replaced with self-love and acceptance.

Be kind to yourself. xx

Hayley is a social worker who has dedicated her career to empowering and advocating on behalf of others. She is also a survivor of domestic violence and, as part of her recovery, takes what she is learning on her journey to self-love and shares it with others in her writing.

The post How I’m Healing the Vulnerable, Rejected Kid Inside Me appeared first on Tiny Buddha.