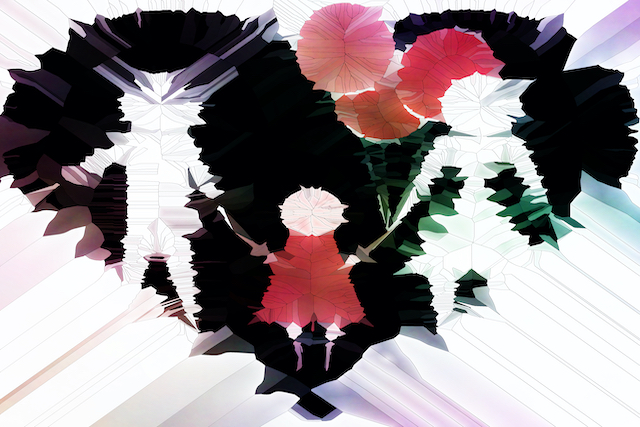 “I wonder how much of what weighs me down is not mine to carry.” ~Aditi

My dad once told me about his early experiences with my mother’s parents. He shared that he knew right from the start that there was something extremely off with them.

They were an elderly couple who would constantly curse at one another, belittle and embarrass each in front of others, and yell hate-filled words such as “I hate you,” “I wish you were dead,” and “I’d be better off without you.” He said the fighting would get so aggressive, that sometimes the police had to be called to the house to intervene.

When my dad finished his story, he sat back and sort of chuckled at the craziness of it all, while I sat there in silent shock and horror. Those were all the things my mother said to me.

No one else could have known that, because I had never told anyone what really went on at my mother’s house.

It was the first time I realized that emotional and verbal abuse could be handed down from generation to generation, without anyone ever realizing it.

My mother treated me my whole life as if my thoughts, feelings, and even physical condition were invisible, or at least weren’t important.

She was cruel with her words and calculating with her actions. But the real damage she did couldn’t be seen on the surface, because it went straight to the core of my very existence. She made me believe that who I was and how I felt didn’t matter, and that it truly was a mistake for me to be here.

I grew up with a vague sense that I was meant to be on the outside of life and love. Destined to always get close, but never able to grasp, or experience it for myself.  Her rage and neglect created a deep loneliness within me, and a longing to mean something to someone.

My romantic relationships were deep, intense love affairs that were often one-sided. I found myself genuinely wrapped up in the emotion, attention, and affection of it all.

When the relationship ended, I was borderline traumatized. I couldn’t understand why I couldn’t let go. I blamed myself for every possible mistake and went to humiliating lengths to get some of them back.

And this type of behavior wasn’t only specific to my romantic relationships. I had a trail of broken friendships where my clingy tendencies also reared its ugly head. I was possessive, over-protective, emotionally needy, and easily prone to feeling left out.

In my subconscious quest for self-acceptance and self-love, I couldn’t see that I was eroding all my relationships, romantic and friendly, from the inside out.

What my mother lacked in love, my father made up for with aggressive behavior and shame.

My father always wanted to be somebody and felt the best way to achieve a sense of self- importance and self-worth was through the workplace. He wanted everyone around him to see how smart he was, that he was natural born leader, and that he could get the job done and make the place all the better for it.

This need caused him to constantly be in and out of work. Taking on highly powerful positions, only to be asked to leave within a few months due to his over-aggressive and in your face management style.

He blamed us for his defeats, asserting that he was putting himself through this because “having kids wasn’t cheap, and neither was paying all that child support to your mother!”

His failures became our faults, and I would spend my adult career trying to rectify them. Trying to find my own sense of importance and value through my career.

At work, I was an over-achiever and aggressive power-player. It wasn’t even about the money. It was about the sense of self-importance, attention, and validation it gave me. All the things I didn’t have as a child and didn’t know I was searching for as an adult.

I went from job to job, always leaving for the same reasons¾ “I was overworked and overlooked.” I blamed the industry, the people, the work culture, the office politics, but never myself. My failures were everyone else’s faults, and so the cycle continued until I was out of work, out of money and without a professional ally in the world.

I used to believe that when I turned eighteen and moved away from my parents the pain and abuse would all be over, but instead, it continued to live on in me, and through me, for many years.

Although my parents had different problems, the result was still the same. Both parents left me struggling with a loss of identity, and a compulsory need for attention, love, and validation.

Far from escaping my past, I found myself reliving and repeating its most painful parts in the two areas of my life that had ever given me any sense of meaning and purpose¾ my relationships and my career.

Every bad emotion I had tried to avoid, everything I was trying to escape from as a child—the loneliness, the fear, the isolation—somehow became the foundation of my adult existence.

My mother’s mistakes and my father’s faults became the core of my identity. Worst of all, I was completely unaware. I felt like I was acting according to my own desires and needs, but I was really just acting out, following a set of behaviors that I had learned as a child.

I was driven by unseen emotional needs, and it would take many years for me to find a combination of therapeutic and self-help techniques to carve out a life for myself that was a reflection of my own thoughts, feelings, and hopes.

Starting with acceptance and accountability, I began the long process of undoing my childhood emotional damage.

I accepted that I had no control over my parents’ decisions, actions, and how they chose to treat me as a child.

I embraced personal accountability, in that while it was not my fault what happened to me as a child, as an adult, my behavior and my actions were my choice.

In my mid-thirties, for the first time in my life, I began to discover who I really was, the things I did and didn’t like, who I could be, and more importantly, who I wanted to be.

I had always sought out leadership roles in companies, not because I was a natural born leader, but because I had a deep-seated need for attention and admiration.

I found that in both my romantic relationships and personal friendships, there were many times I didn’t agree, but I went along with it, because my need to be loved was much stronger than my need to be me.

After my career was over, I took a small part-time job working on an assembly line. It wasn’t much, but it was everything to me. It was my chance to rebuild and repair my shattered sense of self.

It gave a me chance to figure out what I really wanted.

Did I really want this high-powered, all-consuming career? Did I really want these intense love-affairs that ended just as quickly as they began? Or, were their other avenues of finding personal and professional happiness out there?

Our parents’ mistakes do not have to be ours.

My mother was emotionally abused and neglected as a child, and she handed that legacy down by creating the same home in which she grew up for her own children.

My father was overlooked, undermined, and overall cast aside as a child, and he too passed this on to his children.

Painful legacies can repeat themselves if we are not careful to do the inner work necessary to stop the cycle.

Parents can unwittingly imbue us with their faults and characteristics. We become the dumping ground for unresolved emotions, lost opportunities, and broken dreams. We unknowingly carry our parents’ problems, and even their abuses.

Even now today I still struggle with these problems, but being constantly aware of them gives me hope that I will one day be able to live my life not as product of my past, but as the person I know I am capable of being.

Paige Loren has a degree in English Literature. She is creator of www.passionwriteslife.com. A writer’s blog dedicated to topics such as personal growth, self-discovery, creating positive change, and encouraging others to write their story, and share their life experiences.

The post I Refuse to Inherit My Parents’ Pain and Problems appeared first on Tiny Buddha.