This year, to coincide with World Health Day and World Earth Day, hundreds of conservation groups came together to sign an open letter to the World Health Organisation (WHO), urging them to recommend to governments the banning of live wildlife markets and the use of wildlife in traditional medicine.

2020 has brought into focus the dire threats facing wildlife globally, from climate change to poaching to deforestation, and it’s also revealed the consequences of our exploitation of wild animals, including the potential for zoonotic disease outbreaks. 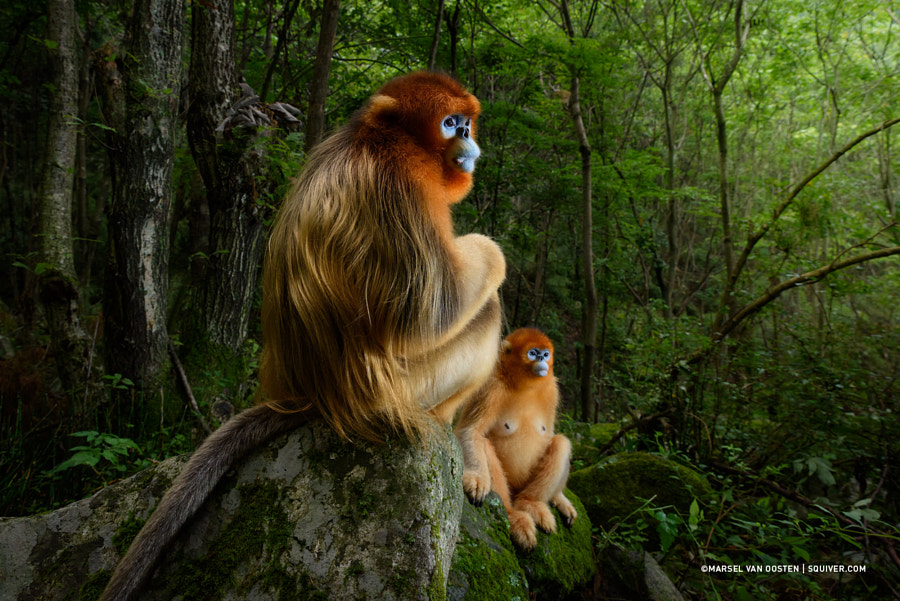 Leading wildlife photographers like Marsel van Oosten, whose portrait of the endangered Qinling golden snub-nosed monkey won him the title of Wildlife Photographer of the Year 2018, have also voiced their support. On Earth Day 2020, he posted news of the open letter, accompanied by a photograph of an endangered black snub-nosed monkey. 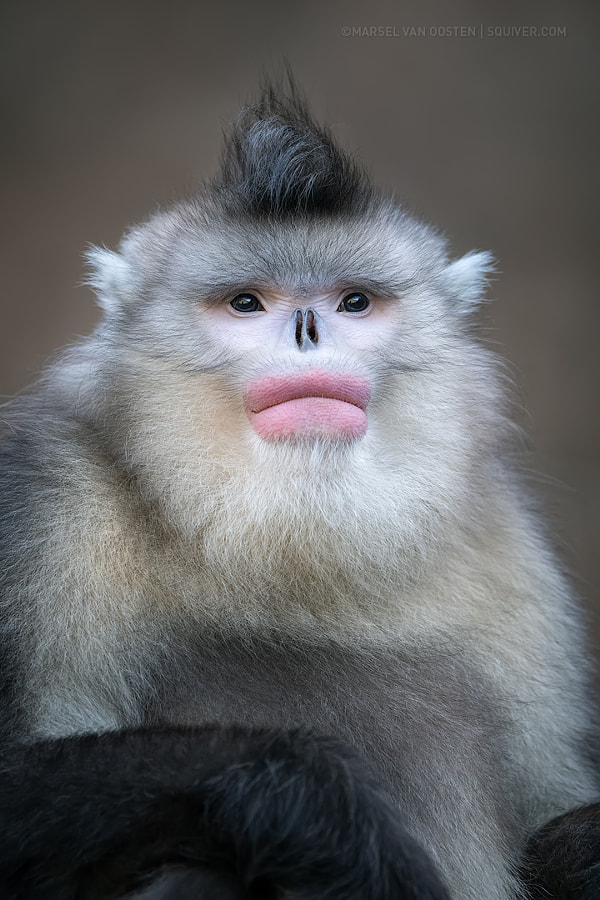 In recent months, studies have confirmed the correlation between the wildlife trade, habitat loss, and human health, but it’s often photographs that reveal what’s at stake and inspire us to take action on behalf of threatened animals. Without pictures, few of us would know of the extraordinary snub-nosed monkey—much less their plight and the ongoing efforts to protect their population.

At this critical moment in history, ethical, educational wildlife photography has never been more crucial. Throughout this story, you’ll find photographs from artists around the globe, each highlighting the beauty as well as the fragility of the natural world. We’ve included portraits of cheetahs, polar bears, coyotes, and many more, created in the parks of Namibia, the Abruzzo mountains of Italy, and the shores of the Falkland Islands, as well as some of our top tips for improving your own wildlife photography. 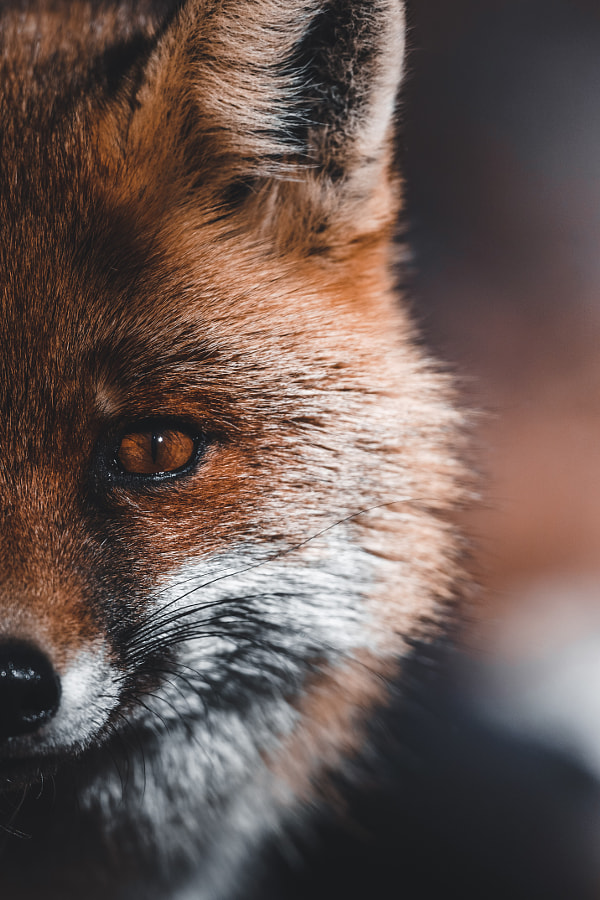 The first and most important rule of wildlife photography is to respect your subject. No matter where you are, follow the laws in place to protect the animals and their habitats. Stay on the designated trails, and don’t feed the animals; as the wildlife manager and photographer Anskar Lenzen has witnessed, feeding wild animals alters their behavior and puts them at risk.

Keep your distance (a telephoto lens or teleconverter is your best bet here), and learn to read animal body language—this will vary from species to species—and stop immediately at any sign of alarm or discomfort. Avoid calling or using tape lures to get an animal’s attention, and take care to avoid nests or dens, as these are particularly vulnerable spots. If the animal is threatened or endangered, be especially cautious about publishing or revealing their locations, as it could put them at risk.

Unfortunately, not all places that house wild animals are humane and ethical, so do your due diligence to make sure you’re supporting conservation, not exploitation. Before any session or project, research the place you plan to visit. Look for national parks, not-for-profit sanctuaries, or conservancies, and check to make sure they are backed by experts and devoted to the wellbeing of the animals. 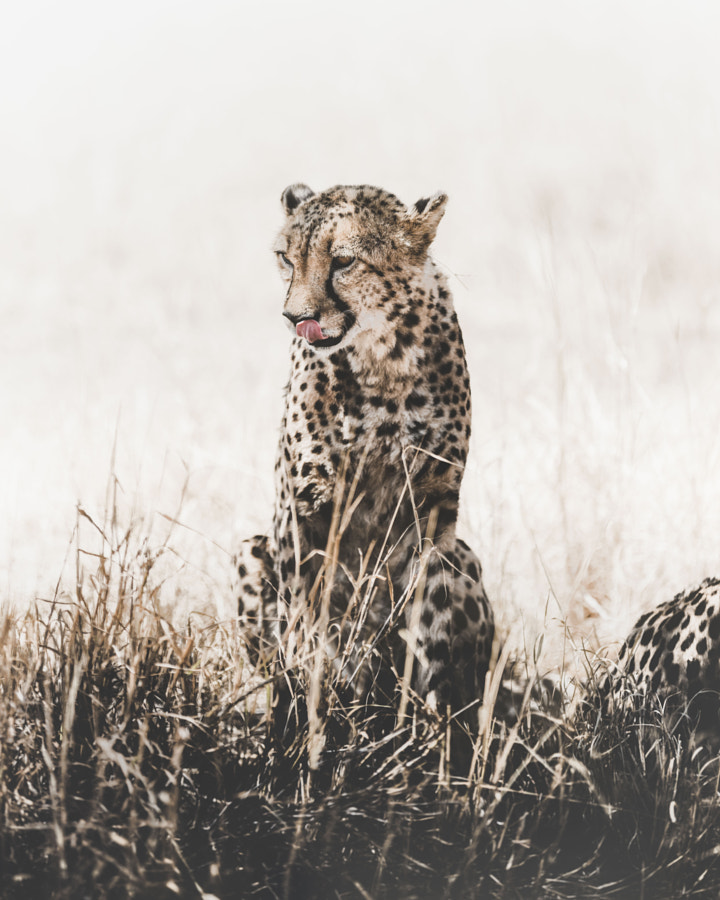 Speaking of the experts, local wildlife organizations, activists, rehabilitation centers, and conservancies know the animals better than anyone, and they’ll be able to give you insight on their behaviors, including their favorite spots, migration patterns, feeding times, or the time of day in which they’re most active. 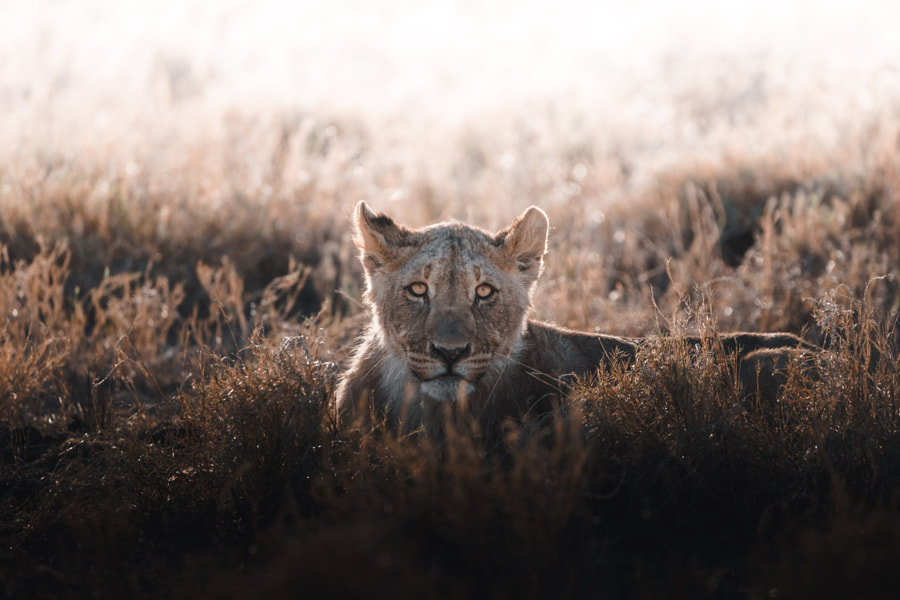 In some areas, you can hire an experienced local guide to show you the ropes. You can also reach out to experienced photographers who’ve visited the area extensively for recommendations. Attend lectures by conservationists, or connect with biologists who specialize in your chosen species. Your journey starts well before you even enter the field, so spend as much time as you can learning about the animals you plan to photograph, their habits, and the threats they face.

The more you know, the stronger your images will be. You might discover an untold story, an overlooked species, or an unexplored angle in the process. Remember to give back to the people who helped you along the way, whether it’s by donating your photos to the cause of conservation or by promoting the work they do. Give your audience a concrete way to help by linking to a charity or organization you trust. 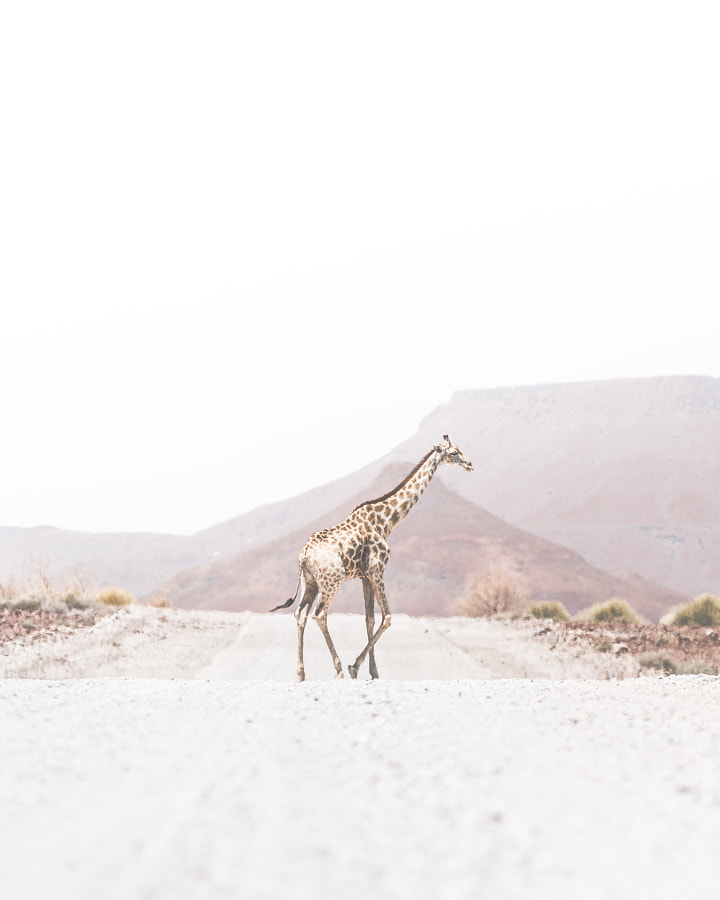 You could end up forming a long-term partnership with these conservation groups; the renowned photographer and conservationist Donal Boyd, for example, has devoted the last few years to his role as photographer-in-residence at Erindi Private Game Reserve, covering the stories of the animals and those who work to protect them.

Practice, and then practice some more

Whether you’re shooting in manual mode or aperture priority, you’ll need to adjust those settings on the fly. It’s true that studying and observing animal behavior will give you a good indication of what an animal might do at any given moment, but wildlife is unpredictable, and individual animals have different personalities, so you’ll often have a fraction of a second to get your shot. 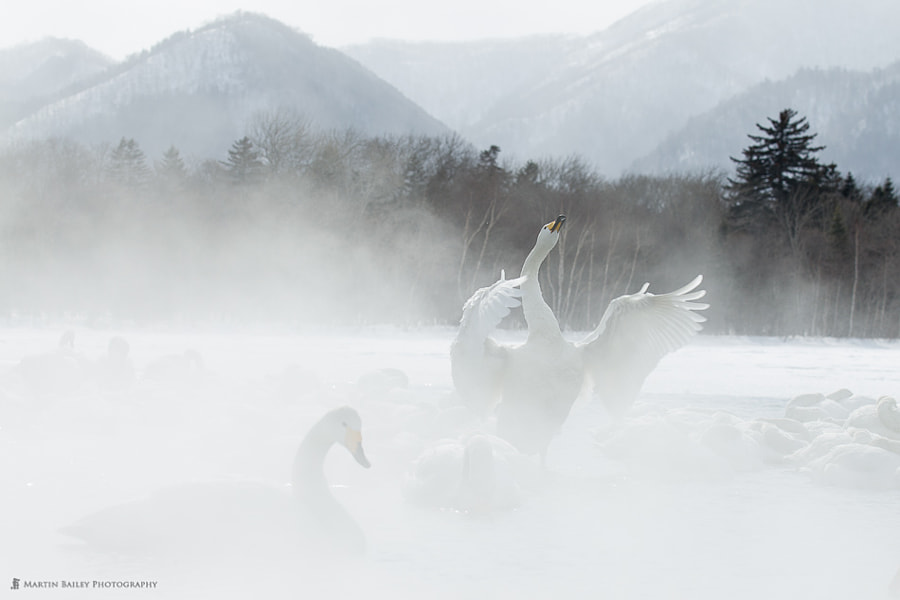 The nature and wildlife photographer Martin Bailey has raised his camera and taken pictures in the field without even thinking about it consciously. In some fast-paced situations, it’s become a reflex, and he operates the camera instinctively. He also regularly checks his exposure throughout a trip to make sure his settings are good to go when the moment comes. 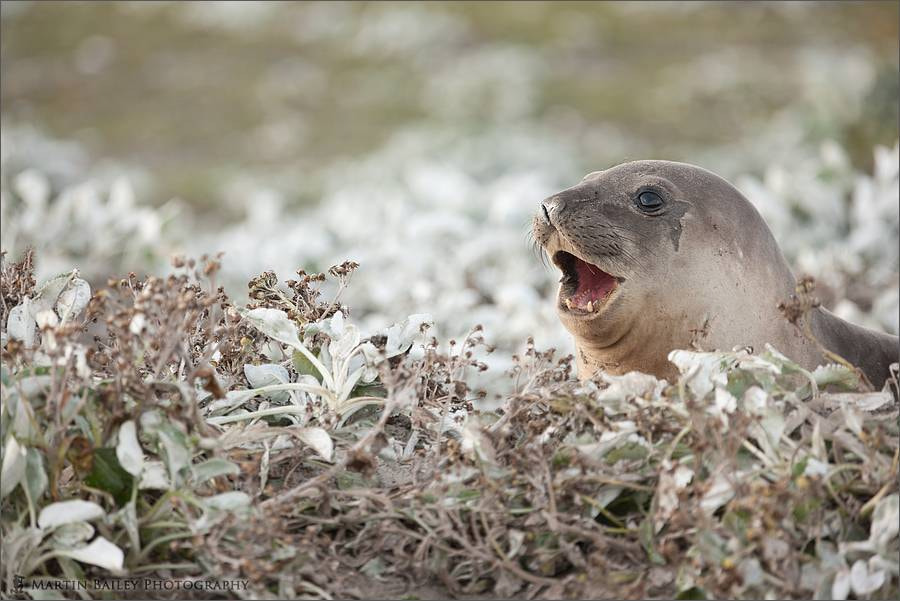 Stick to continuous autofocus, and practice adjusting your settings at a second’s notice. You should go into the field with an intuitive grasp of what shutter speeds, apertures, and ISO speeds will deliver sharp, clear images, so that making small changes becomes second nature. Those will vary based on your gear setup, so practice until you nail it. 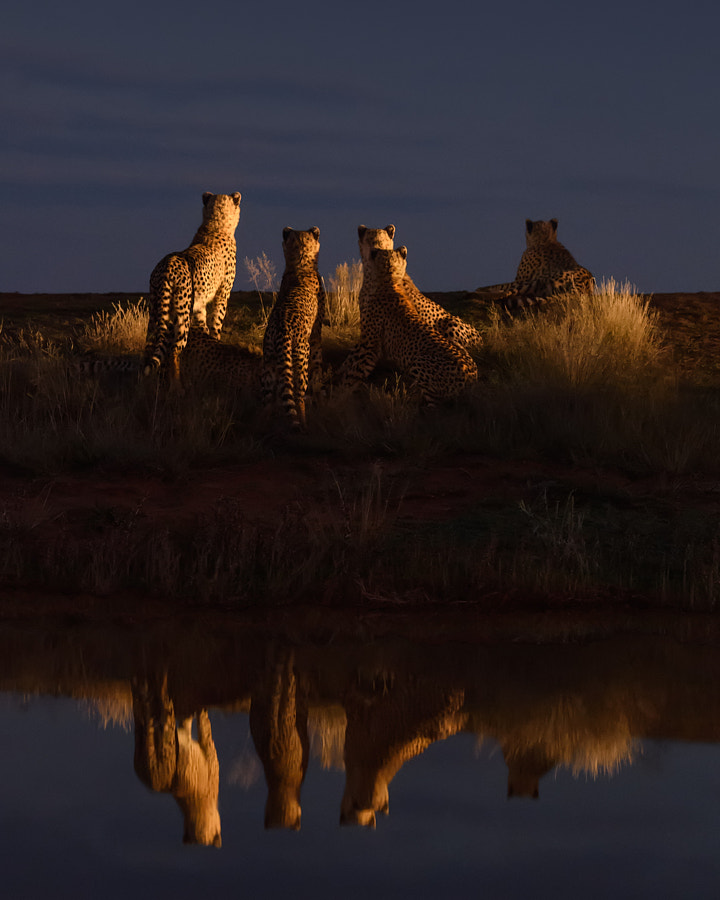 Spend as much time in the field as possible

Chances are, you’ll spend more time waiting than you do photographing; use those hours and days to observe the animals. It won’t happen overnight, but with time, you’ll pick up on behavioral cues and learn to anticipate great shots. You might have to spend hours on your belly waiting for your moment—embrace that. 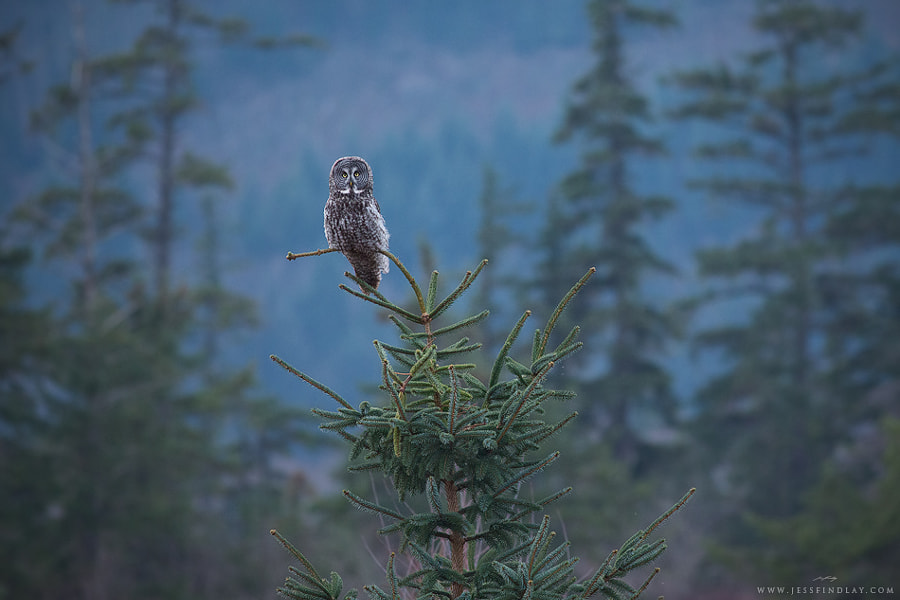 That “waiting time” is never wasted time; it’s an invaluable part of the process, as that’s when you’ll get to see some of the individual personalities and habits within the herd or group you’re photographing. The nature photographer Jess Findlay once spent several weeks documenting a single Great Grey Owl in the wilds of British Columbia; another time, after he thought he’d lost a coyote in the mountains of Wyoming, he found her once more while cresting a hill. 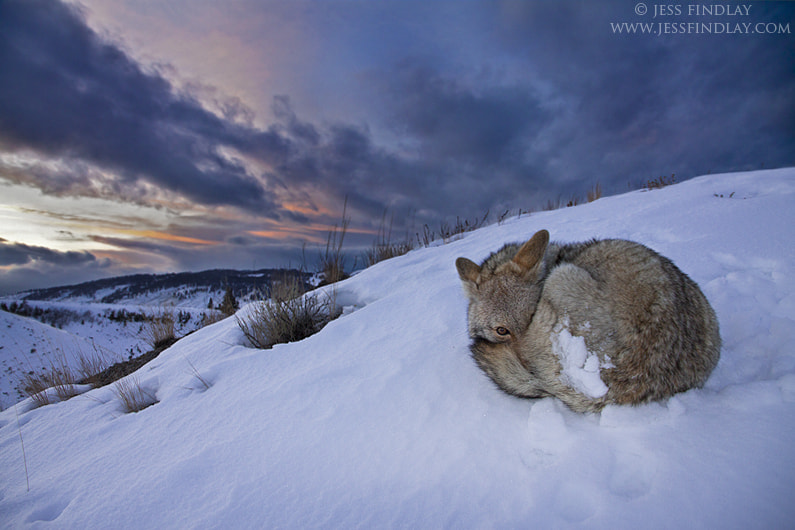 Lucky shots can happen, but most of the time, they’re the result of hard work and perseverance. Out of hundreds or thousands of images, you might only get a few excellent ones; the legendary National Geographic photographer Paul Nicklen, for instance, might shoot around 50,000 images while on a 12-page assignment.

This is one reason why it can be helpful to start locally; that way, you can return to the same spot and group of animals over and over again, becoming an expert in your own right. The animals might also get used to your presence. You can even start in your backyard; earlier this summer, for instance, a wildlife photographer and zoologist went viral for filming orphaned baby squirrels in her village in Sweden. 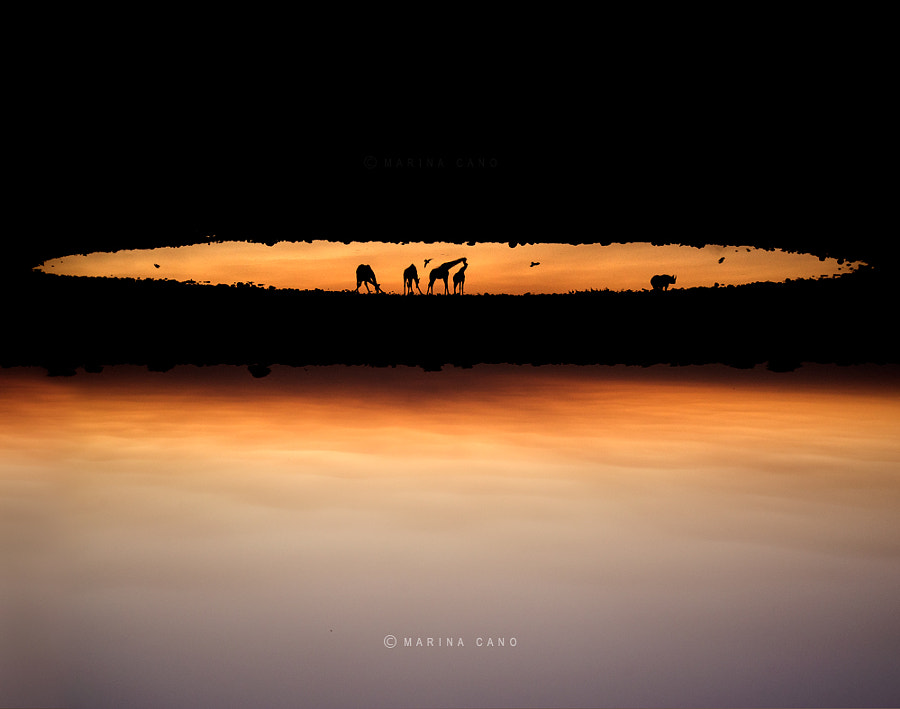 With some locations, like the Okaukuejo waterhole at Etosha National Park, Namibia, photographed here by Marina Cano, you can’t beat the golden hours around sunrise and sunset time. Keep a tight schedule, as you might only have a limited time each day to get this warmer light; you’ll have to set out early and get home late some days, but it’s worth it. 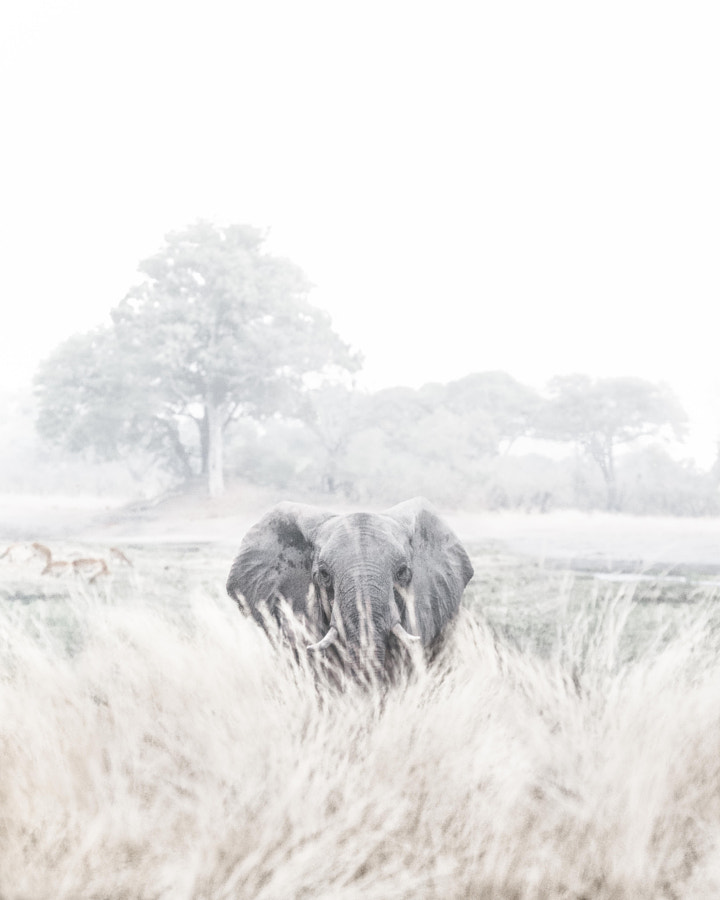 Protect yourself (and your gear)

Nature is notoriously unforgiving. Because you’re going to be spending so much time in the field, remember to take care of yourself; bundle up in layers for cold climates (invest in photographer-specific gloves and top-of-the-line outerwear), and bring sunscreen and a hat on bright days. Have enough food and water to last at least a few days.

Take precautions with your gear as well; make sure your camera is weather-sealed, invest in a great backpack and solid tripod, and avoid changing lenses in dusty regions (if possible, bring two bodies for more versatility). Telephoto lenses are expensive, so treat them with care. If you can, have backup accessories and gear on hand. In cold weather, your batteries will run out quickly. 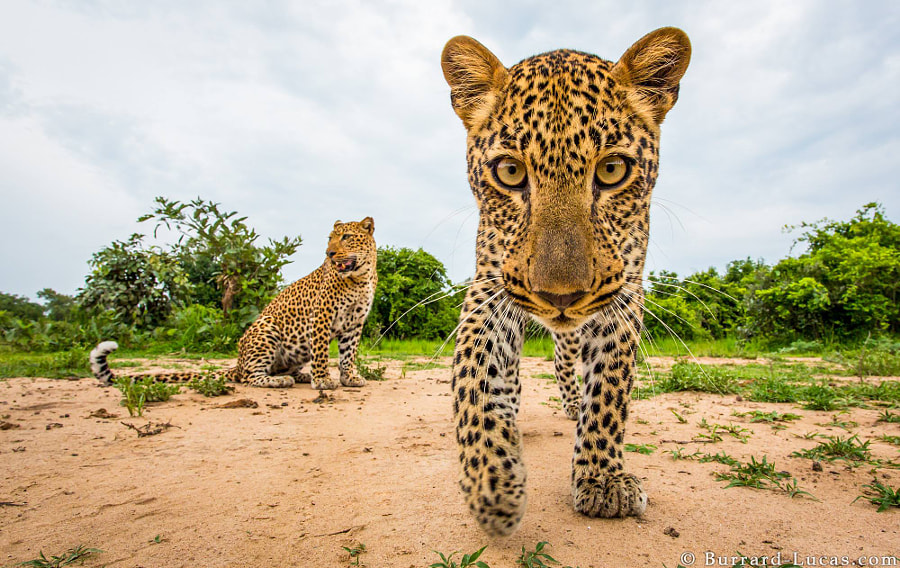 Another note on gear: you might encounter some weight restrictions while traveling, so pack lightly if possible, while still covering your bases—a telephoto for details and a 24-70mm lens for some environmental shots should do the trick. 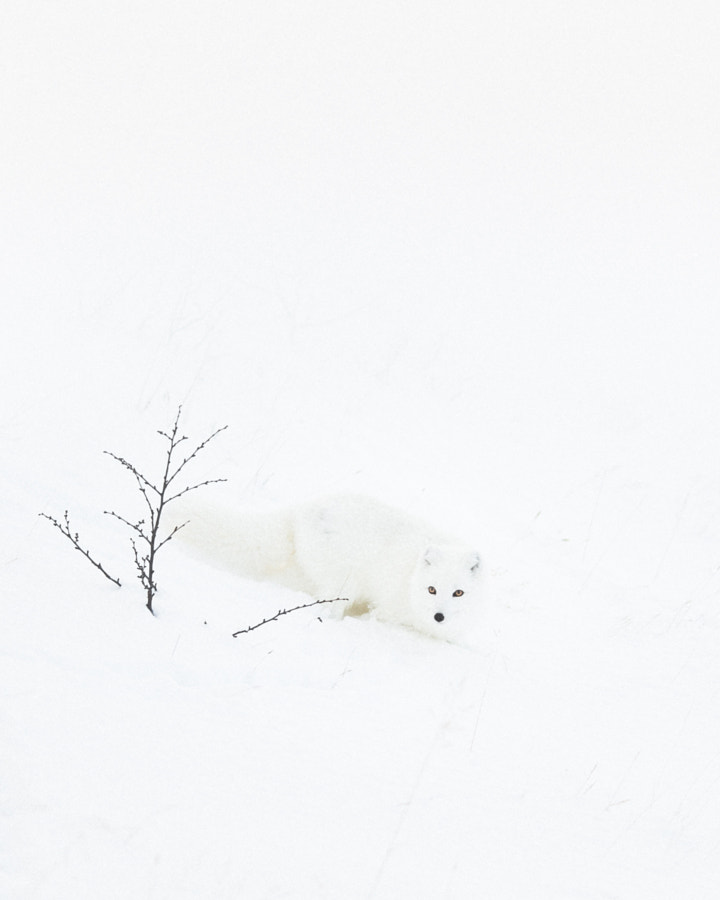 Provide a sense of place

Speaking of environmental shots, remember to get a variety of angles and perspectives that show the animal’s habitat. When Benjamin Hardman, a landscape photographer based in Iceland, works with wildlife, he often frames them to highlight their environment, underscoring the fragility and beauty of glacial ice. Not only does the stunning, barren landscape provide negative space and draw the eye back to the animal, but it also helps tell the whole story. 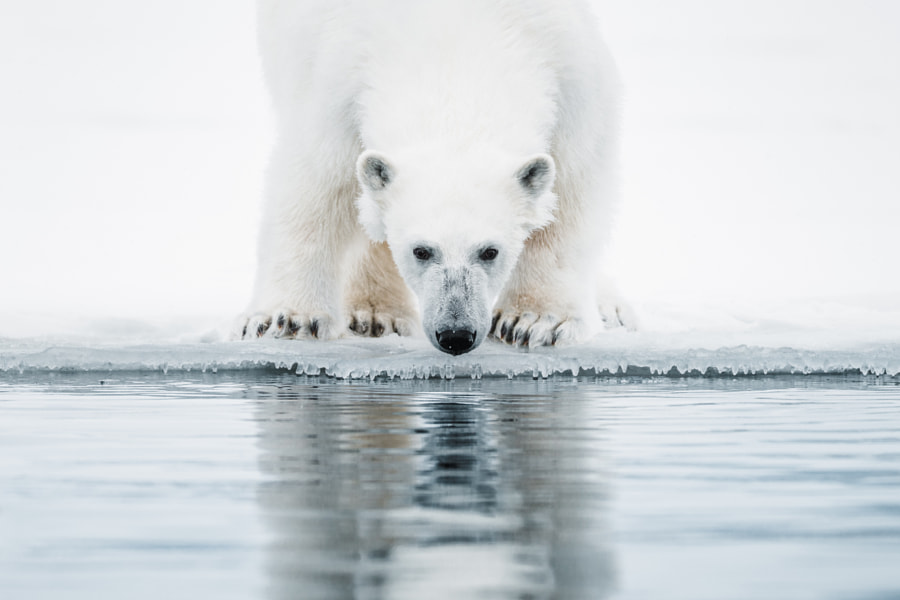 For years, the photographer Will Burrard-Lucas has developed outside-of-the-box techniques for documenting wildlife without interfering with their habitats; for example, in 2009, he invented the BeetleCam, a remote-control camera buggy he uses to take close-ups of beautiful creatures. 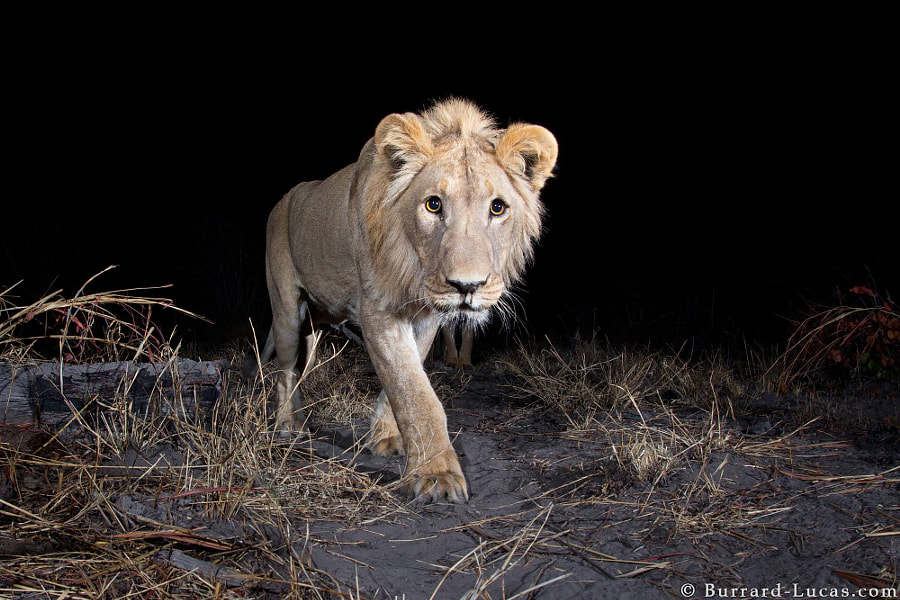 Later, he partnered with the World Wildlife Fund and Lise Hanssen, the founder of the Kwando Carnivore Project, to photograph the elusive lions of the Kavango Zambezi Transfrontier Conservation Area using nonintrusive camera traps. 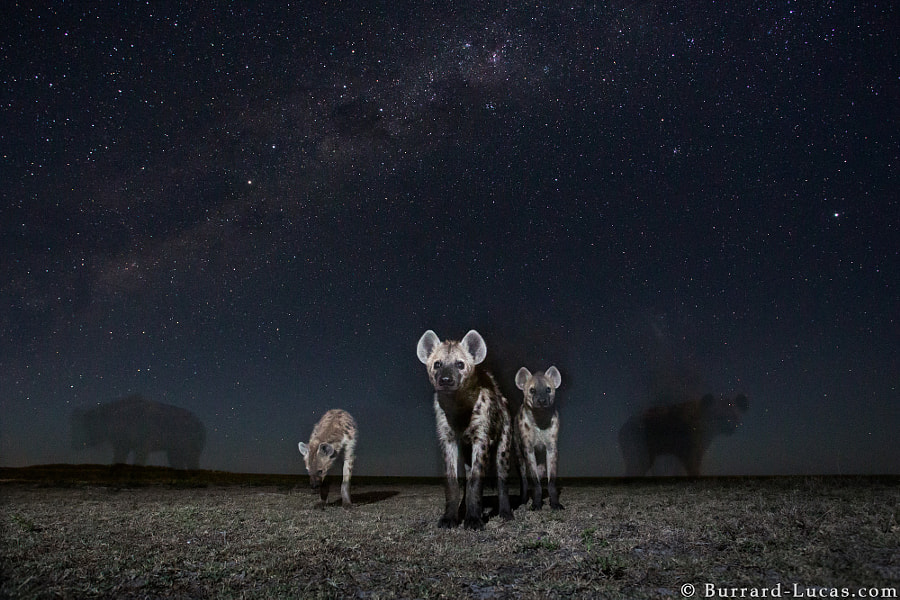 Will’s company, Camtraptions Ltd, has a variety of remote-control cameras and camera traps for wildlife photography. With so much technology available these days, ethical wildlife photography has never been easier, so get creative with your gear, and don’t be afraid to shift your perspective. Get down to the animal’s level, or lower, so we can see their eyes. 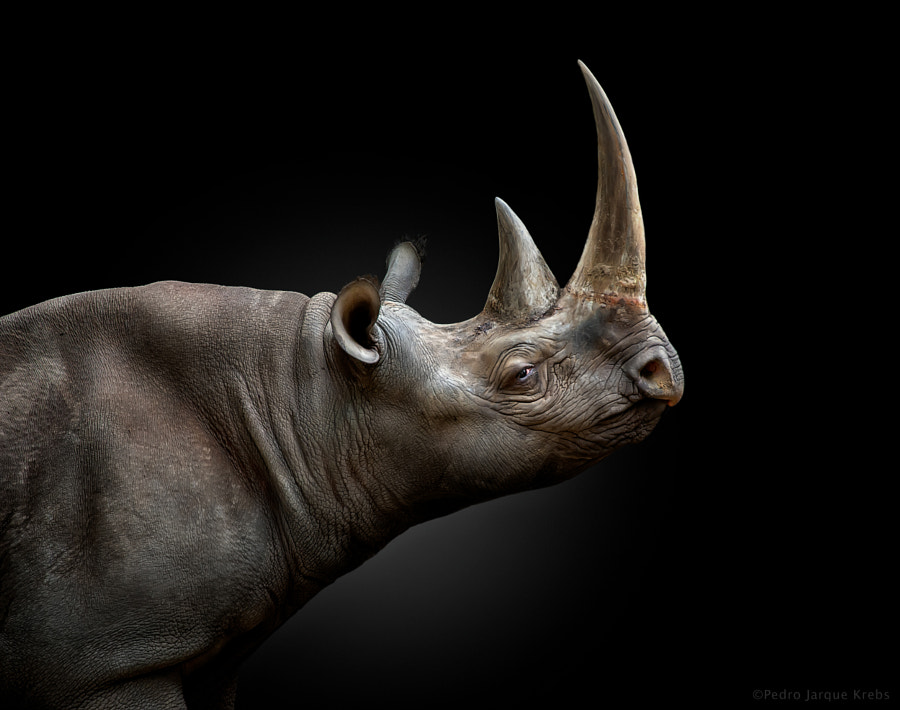 Technical skills and a unique creative vision are essential to any wildlife photography practice, but perhaps the most important quality is empathy. Last year, the Peruvian wildlife photographer Pedro Jarque Krebs released Fragile, a book of intimate portraits of animals from around the world, set against dark backgrounds (some captured in natural environments, and others created in post-processing). 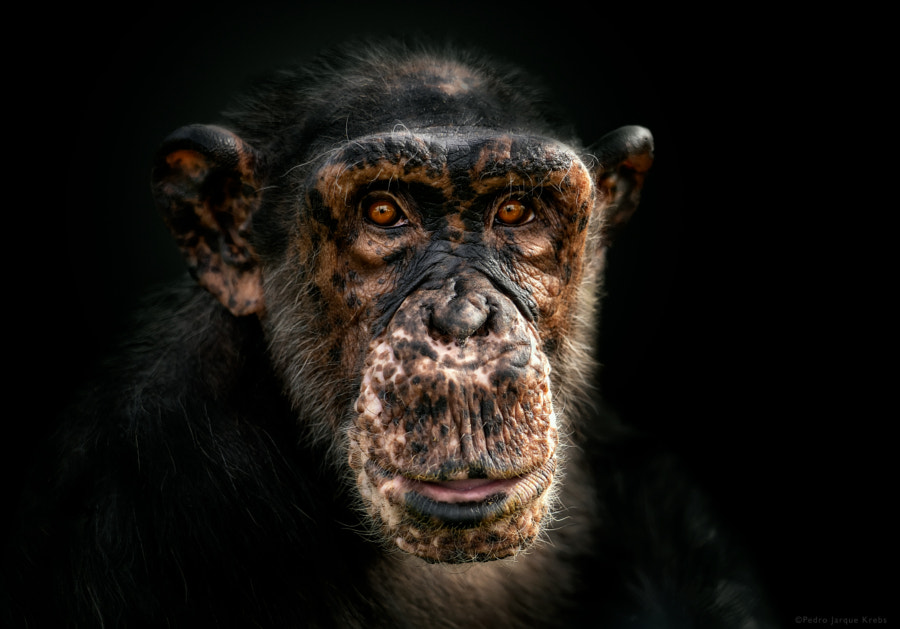 The book, like many great wildlife photographs of the last decade, revealed that humans and wild animals aren’t so different after all, except that we alone have the power to save or eradicate entire species. When we protect the natural world—whether it’s by sharing photographs, promoting ethical interactions with wildlife, or supporting local organizations working on behalf of animals—we safeguard a piece of our own humanity.

The post 20 wildlife photos that show how beautiful the animal kingdom is appeared first on 500px.