Licensing Contributor Andrew Curry shoots velvet-toned street photography, portraiture, and cityscapes that have been making waves on 500px since he joined in 2016. He currently splits his time between Tokyo and San Francisco. Browse his Licensing collection here.

A: I got my start in photography around the time I was working full-time in video post-production for the film and TV industry in Los Angeles, in 2011, and am currently based out of Tokyo, Japan and San Francisco, California.

The long hours and often-commercial nature of the job left me uninspired creatively and longing for more. Then I was asked to decide if I wanted to accept a promotion that, along with more pay, would mean even longer hours at the office, or whether I wanted to leave. Deep down, I knew that no amount of money would ever make me happy in that job, so I decided on the latter. 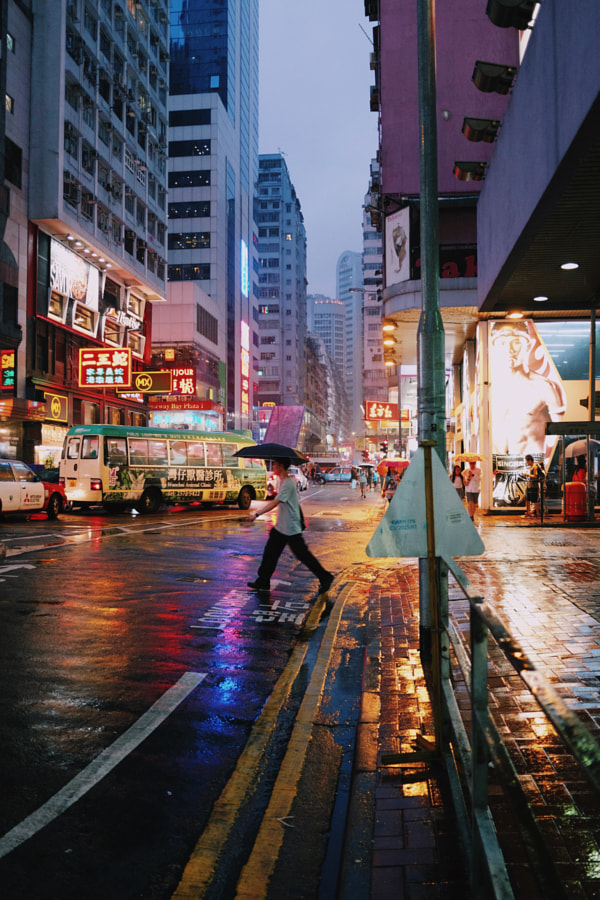 This space in between jobs was when photography really took hold of me. I found myself with three months off and used that time to explore LA on foot. At the time, I was living in Venice Beach. With no particular agenda for the day, I would set out to roam the streets, camera in hand, photographing whatever caught my eye. 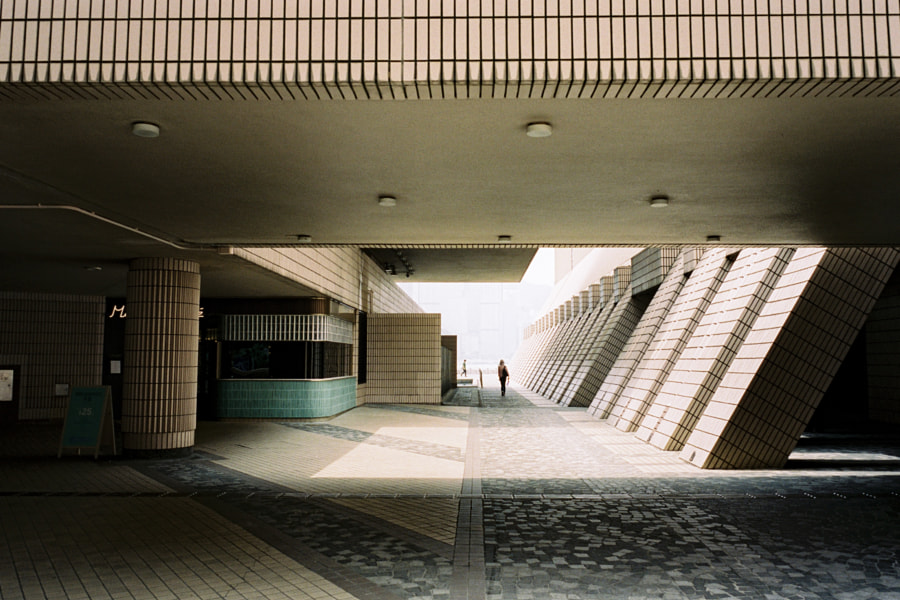 I didn’t know it when I first started out on this journey, but something inside me clicked; it was the act of walking around, actively scanning my environment for things to photograph, that really fulfilled the creative void I had been feeling. Shooting photos became a way to connect my creativity to my newfound freedom. 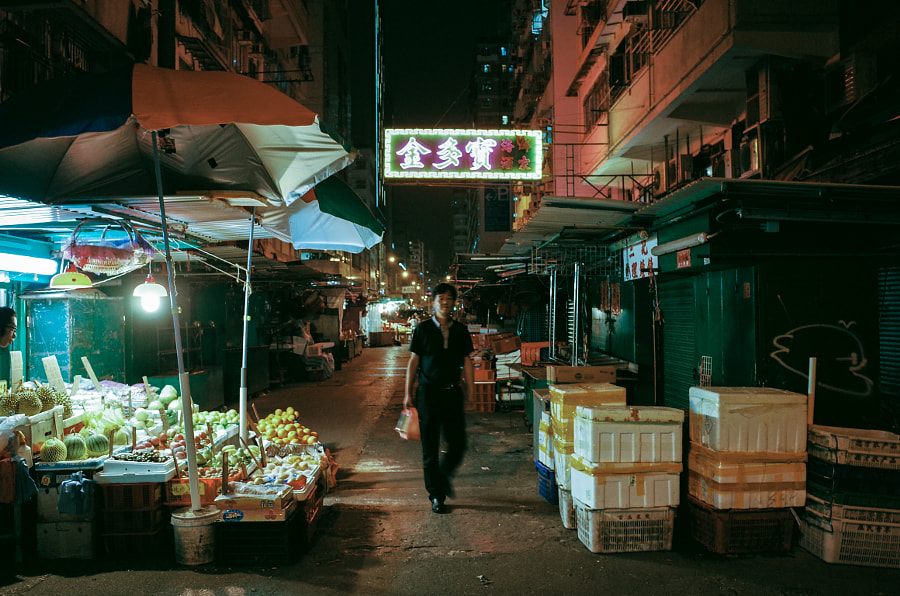 A: I got on 500px a few years ago, when I was looking for a new platform on which to post my photos. I was growing a bit tired of some of the bigger photo-hosting sites, so I was pleasantly surprised when I happened upon 500px and found not only pleasing UI, but also a strong and supportive community of fellow photographers. Within the first few months of posting to 500px, one of my photos was chosen for Editors’ Choice. 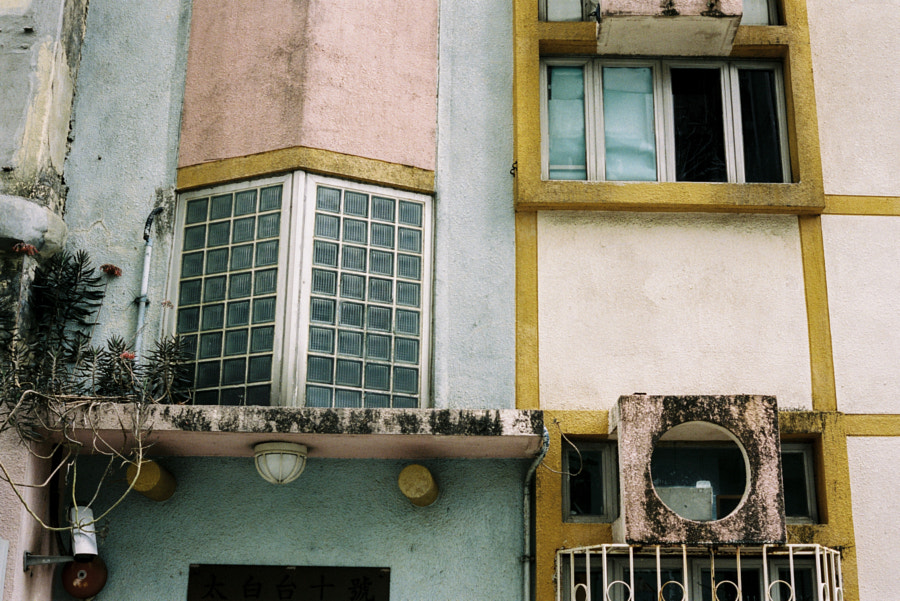 Q: How did you get into street photography?

A: Street photography became a passion of mine after moving to Japan in 2014. Up until that point, I was mostly shooting highly-composed, symmetrical, and static landscape, still-life, and some city scenes—primarily devoid of people. While I still love this type of photography, the often-dense and chaotic nature of Tokyo’s streets made it nearly impossible for me to compose the shots I was used to capturing back in California.

I found myself feeling a bit out of place at first. It wasn’t until I let go of that need to control the framing that I was able to be happy with my shots. There was definitely a learning curve for me as I adapted to my new environment, but once I learned how to use that density and the organic flow of the streets to my advantage, I fell in love. 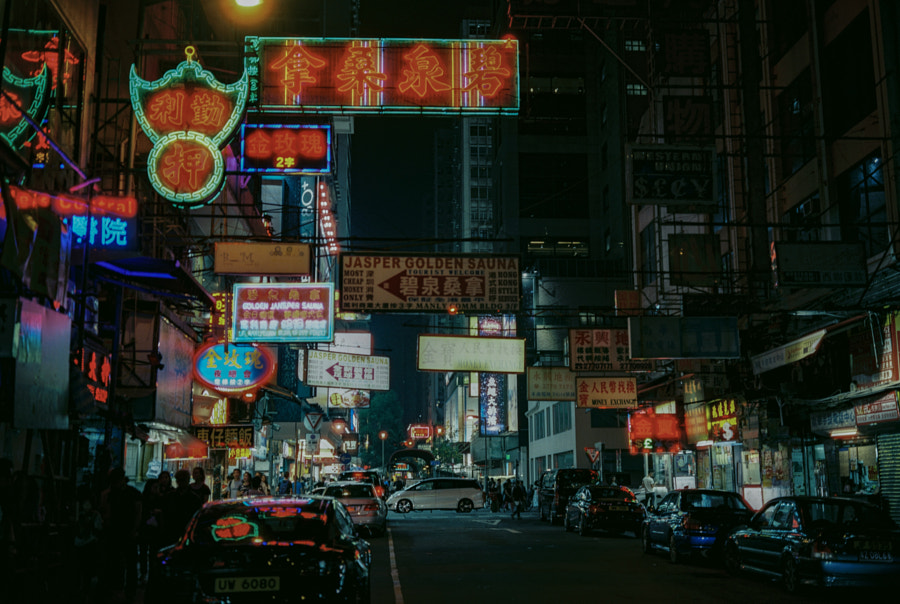 Q: What do you love most about shooting street?

A: I love that every time you walk out the door, there is something new to capture—even on the same streets you’ve walked 100 times before, the scene is in constant flux: it’s this dynamic nature that I love. I love to observe people navigating their environment and arranging themselves organically. I like to be the detached observer, capturing this flow on camera. The emotions of the streets, the joy, the loneliness, the boredom—they all tell a story of the people who frequent them, and give us a chance to reflect upon our own nature. 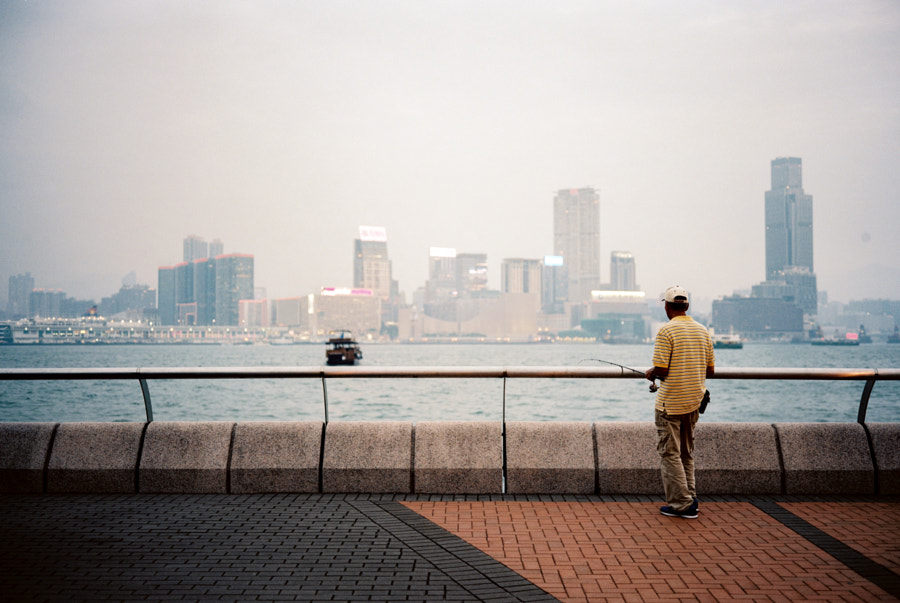 Q: What was it like shooting in Hong Kong?

A: Hong Kong has long been an inspiration of mine. When I was a senior in high school in the late ’90s, Quentin Tarantino had released Wong Kar-Wai’s Chungking Express though his film label. This was my first introduction to not only the cinema of Hong Kong, but also the city itself, and I was immediately drawn in. Hong Kong looked so different than anything I had known in the west, especially when contrasted with the sleepy beach town I grew up in Florida. The way Christopher Doyle, W.K.W’s chief cinematographer, shot and expressed Hong Kong, and the romantic way in which W.K.W. told a story, left me longing to travel there. It only took me 15 years to do so, but when I finally arrived in Hong Kong, It was a dream realized. One of the first days I was there, my friend Terence and I walked 30 kilometers traversing the entire city, photographing everything that interested us along the way. 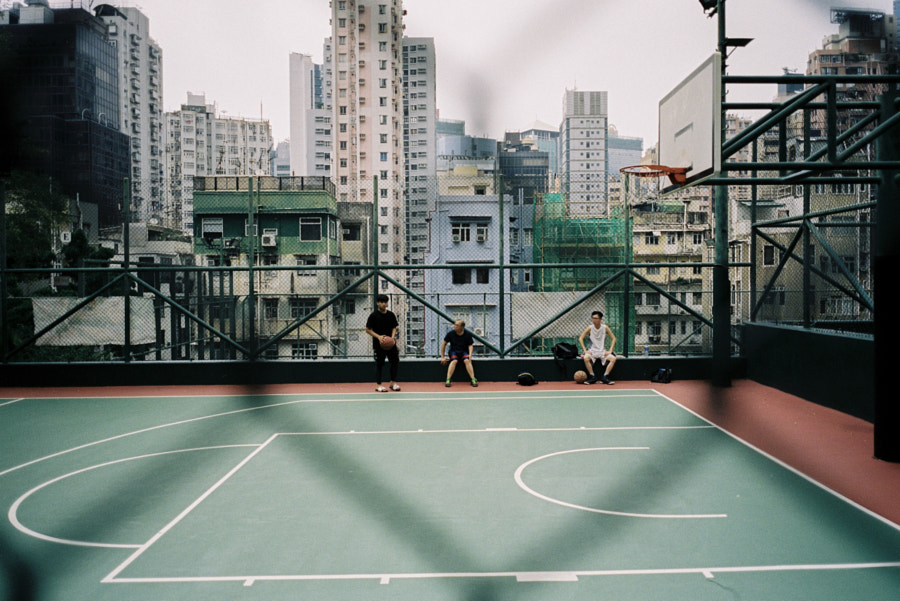 Q: Was it more difficult shooting street photos in such a busy city?

A: I was definitely glad to have lived in Japan prior to traveling there for the first time. To echo my earlier observation about having to learn how to shoot in dense cities: it freed me to shoot Hong Kong how I always envisioned it in my head. To be quite honest, I was also heavily influenced by these film auteurs. 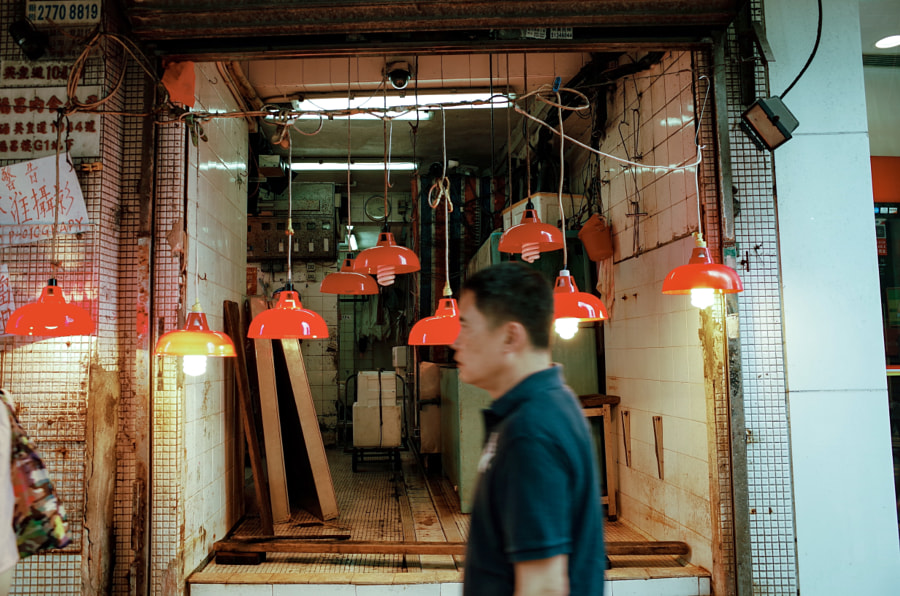 Q: What was your favorite street photo you took in Hong Kong?

A: I really like the photo I took of the people ascending and descending an escalator at Victoria Peak. To me, this photo sums up not only the energy of Hong Kong but also the changing and varied landscapes throughout the city. 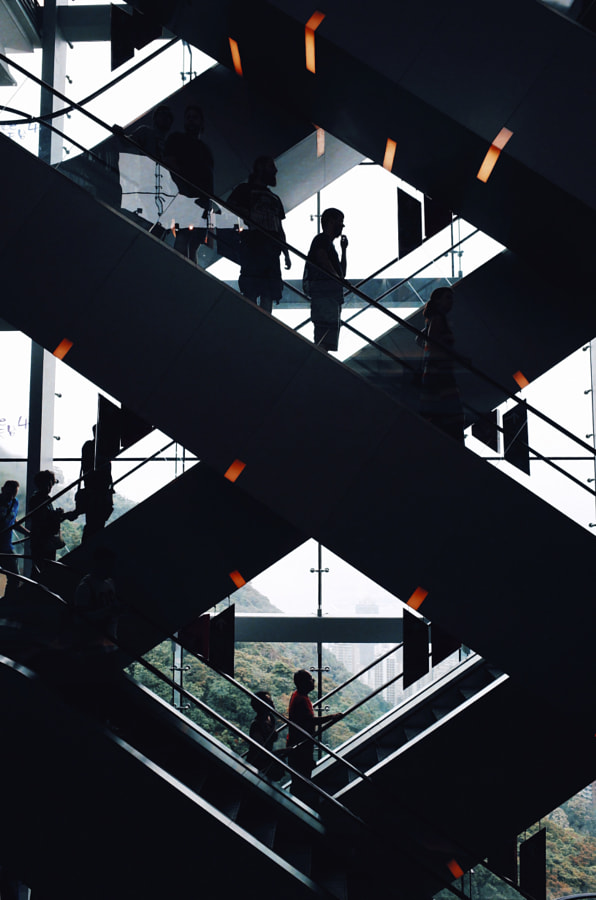 Q: What advice do you have for photographers shooting on the street in a busy city?

A: In terms of photographing people on the streets—sometimes you will be out of your comfort zone, especially in a foreign county, but just remember that that may be the one and only time you will be visiting, so take the shot, even if it scares you to do so. Of course, always use your best judgment and never photograph people if they tell you not to, or approach them in an aggressive or confrontational manner. However, most of the time, if you approach people with a smile, they will not object. 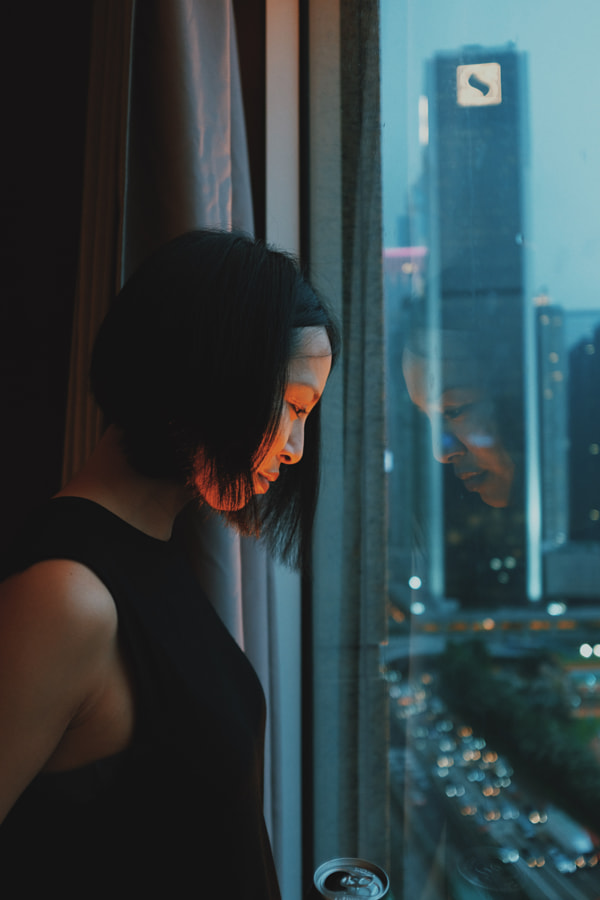 Other than that, take your time to find your flow. Often when I am out shooting in a busy environment, it takes me a good 30 minutes or so to “warm up.” So be patient, and don’t rush the shots, because chances are you will find yourself shooting better shots after you have gotten into the “flow” mind state. 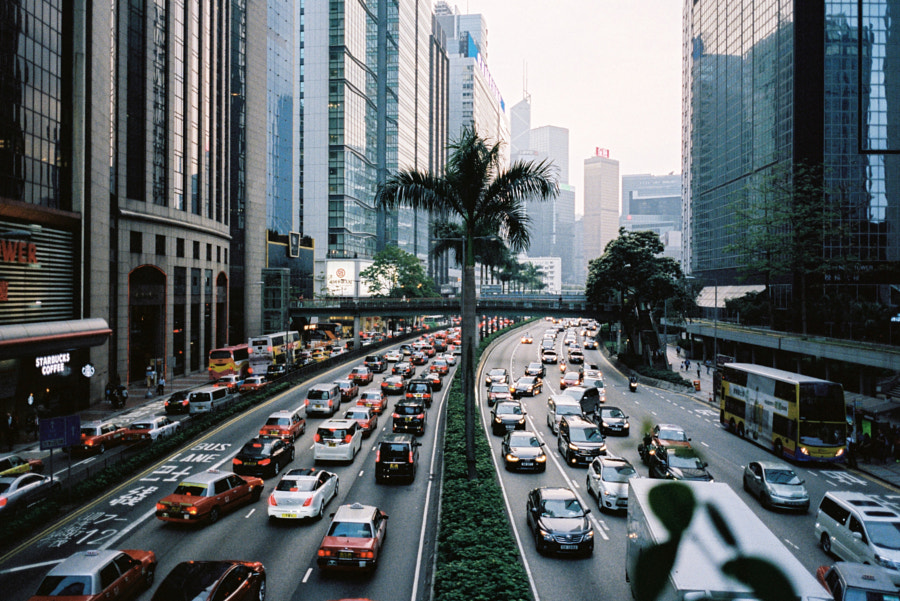 A: It’s not really advice, per se, but the following quote by Saul Leiter has always resonated with me: “A window covered with raindrops interests me more than a photograph of a famous person.”

To me, I take this as a subtle reminder that there is so much beauty to be found in the seemingly-mundane minutiae of everyday life, which often goes overlooked and that exists all around us, day in and day out. It’s a beauty that is accessible to all. 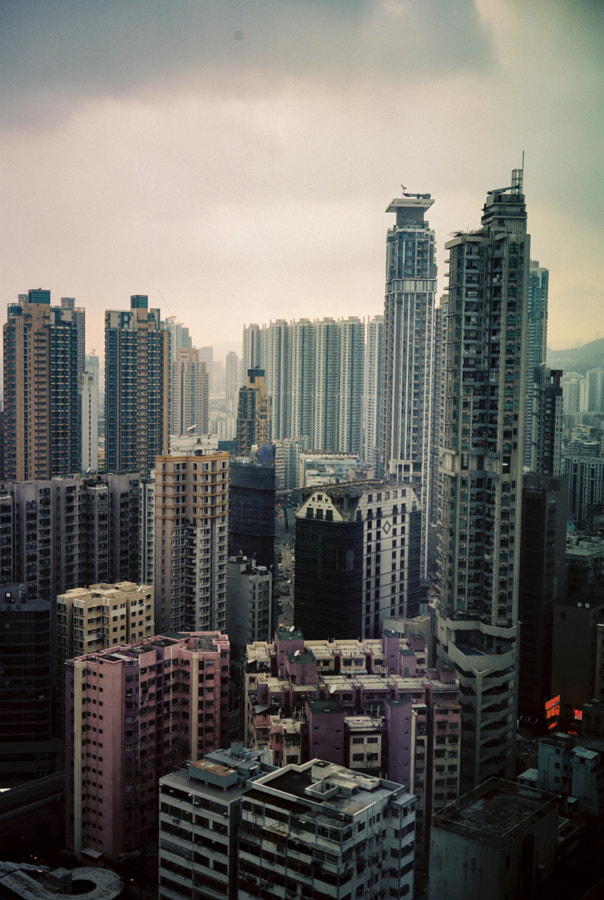 Q: What do you hope people take away from your photos on 500px?

A: My biggest wish is that people get to either see their city or a city to which they’ve never traveled in a new light, or through a different perspective. I hope that inspires in the viewer a renewed interest in a previously-familiar environment, or inspires them to travel to a new place and unfamiliar place. 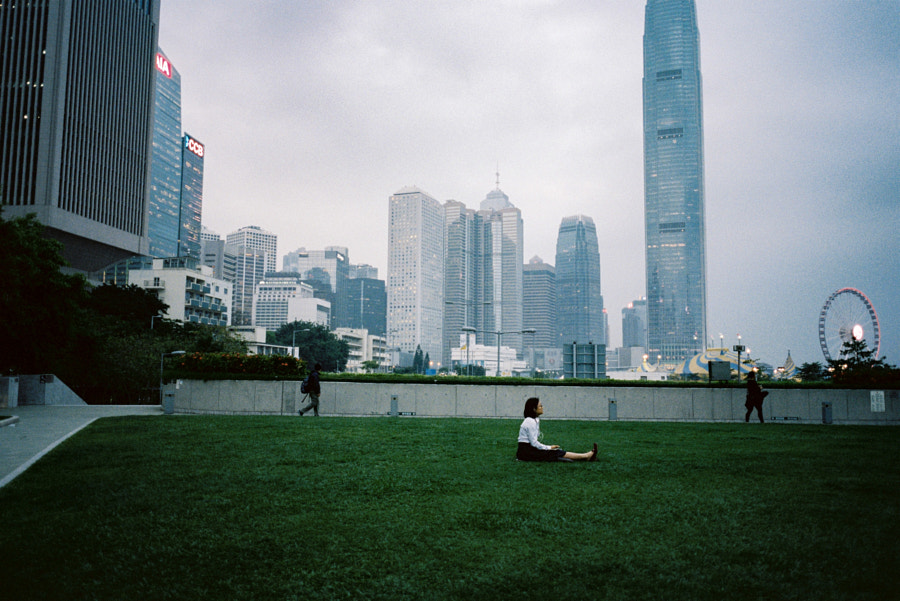 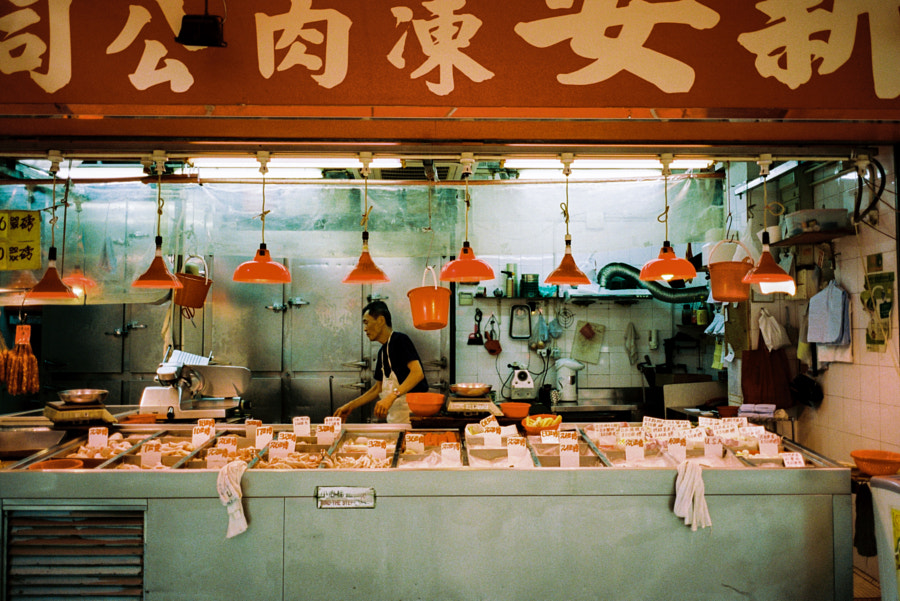